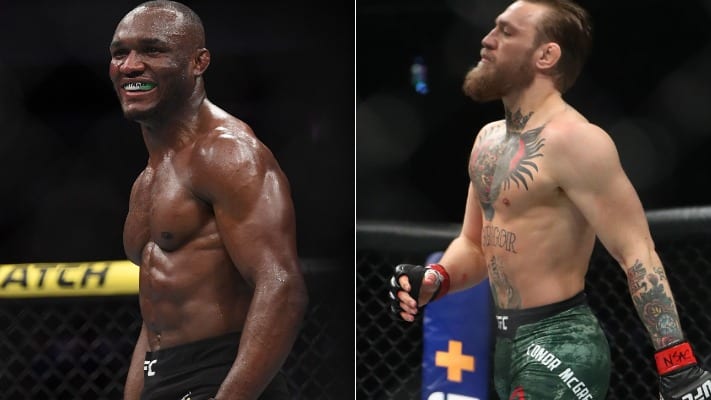 Currently, odds are that Usman will make his next welterweight title defense against Jorge Masvidal. Masvidal comes off of a Fighter Of The Year run in 2019. “”””Gamebred” finished all three of his opponents, those being Darren Till, Ben Askren, and Nate Diaz. Now, after a recent Super Bowl media day altercation between Masvidal and Usman, UFC president Dana White has suggested he’s looking to book the fight for International Fight Week in July.

However, Usman has not yet confirmed that he’ll be fighting Masvidal next. In fact, he’s keeping his options wide open. Speaking to media recently during UFC 247 fight week, “The Nigerian Nightmare” suggested he could be fighting Conor McGregor next, as he wants a red panty night of his own. (H/T MMA Junkie)

“Hey, if that’s one thing you guys know about the UFC, nothing’s a done deal unless it’s a done deal,” Usman said. “No, we haven’t signed anything yet. Everybody likes ‘Red Panty Night,’ right? I like ‘Red Panty Night’ myself. It is what it is. Once those contracts are signed, everything is signed, sealed and delivered.”

Usman suggested that he and McGregor headlining International Fight Week could be a special kind of red panty night. McGregor has won titles in two divisions within the UFC already. Those being the featherweight and lightweight divisions. Now, the opportunity to challenge for a record-breaking third division title, behind McGregor’s name, would be massive. Usman seems more than willing to put his gold up against the Irishman this summer.

McGregor comes off of a 40-second victory over Donald “Cowboy” Cerrone in the main event of the UFC 246 pay-per-view (PPV) last month. Now, he has a plethora of options on the table. One of those, of course, being Usman. But McGregor is also chasing down a rematch with the last man to defeat him, UFC lightweight champion Khabib Nurmagomedov.

Nurmagomedov is slated to defend his title against Tony Ferguson in the UFC 249 PPV main event this April. Should one of those men get injured, however, McGregor seems to be willing to be on standby to jump in and save the card.

Would you be interested in seeing a fight between Usman and McGregor next? 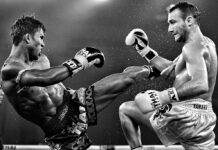