LowKickMMA.com
Home UFC News Justin Gaethje ‘Probably’ Next In Line For Lightweight Title Shot According To... 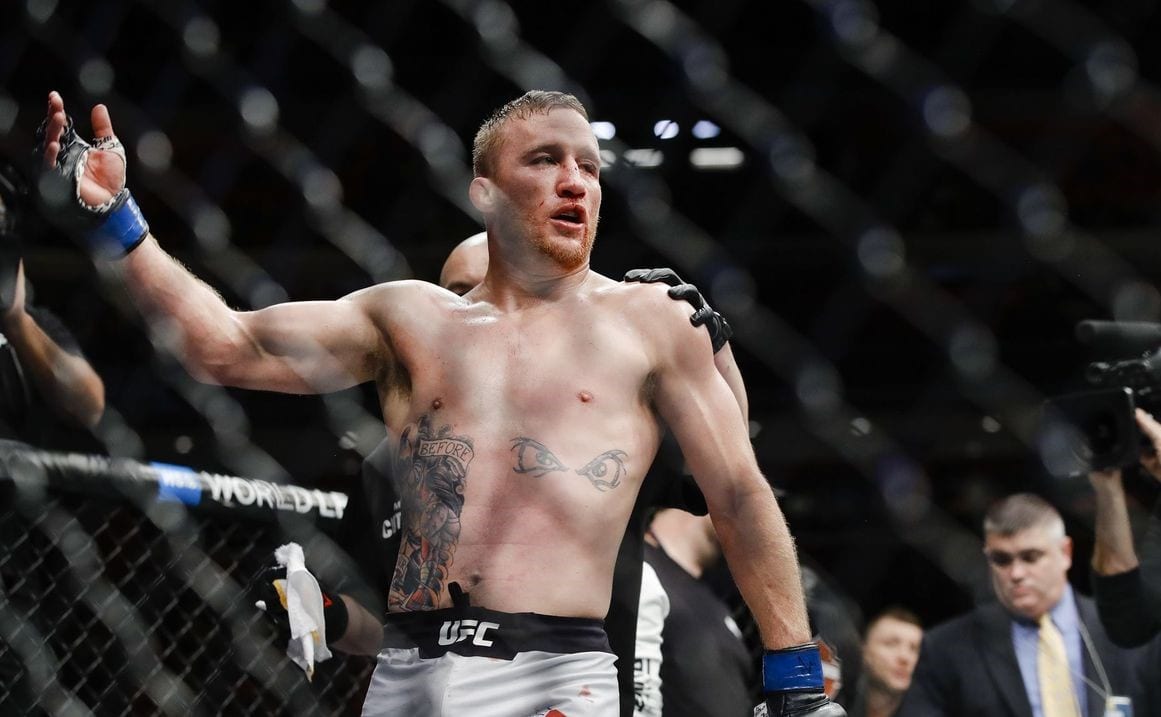 While the UFC Lightweight division is arguably the most stacked in the sport, one top contender appears to have been left out with recent bookings in the division.

Former UFC title contender Justin Gaethje currently has no opponent booked, however, according to UFC President Dana White, this isn’t such a bad position for the fighter to be in.

“He fits very well in all this,” White said at the UFC 260 press conference. “Depending on how this plays out, he’s probably next in line depending on what happens with Dustin and Conor.”

“You know how that is, timing is everything, when these fights happen, how much damage did the guy who won take, and what kind of personal shit does he have going on. You know all that stuff factors into when the next fight would be but Justin Gaethje couldn’t be in a better position.”

Most recently Gaethje challenged for the title at UFC 254 against Khabib Nurmagomedov. In this bout the challenger came up short being submitted in round two.

Since then Gaethje had been attached to a rumored bout against UFC newcomer Michael Chandler, however, soon after reports of this rumor, it was announced that Chandler would be taking on Charles Oliveira for the vacant title at UFC 262.

Another key matchup that must take place in the division is the trilogy fight between Conor McGregor and Dustin Poirier which according to White will likely take place around July.

As for what’s next for the division, since the retirement of Khabib, White has famously said that all the top guys will fight one another over the next year.

Other notable bookings at lightweight include a matchup between rising star Beniel Dariush and former division boogeyman Tony Ferguson who looks to get back into the win column after suffering back-to-back losses.

Who do you think Gaethje will face next?