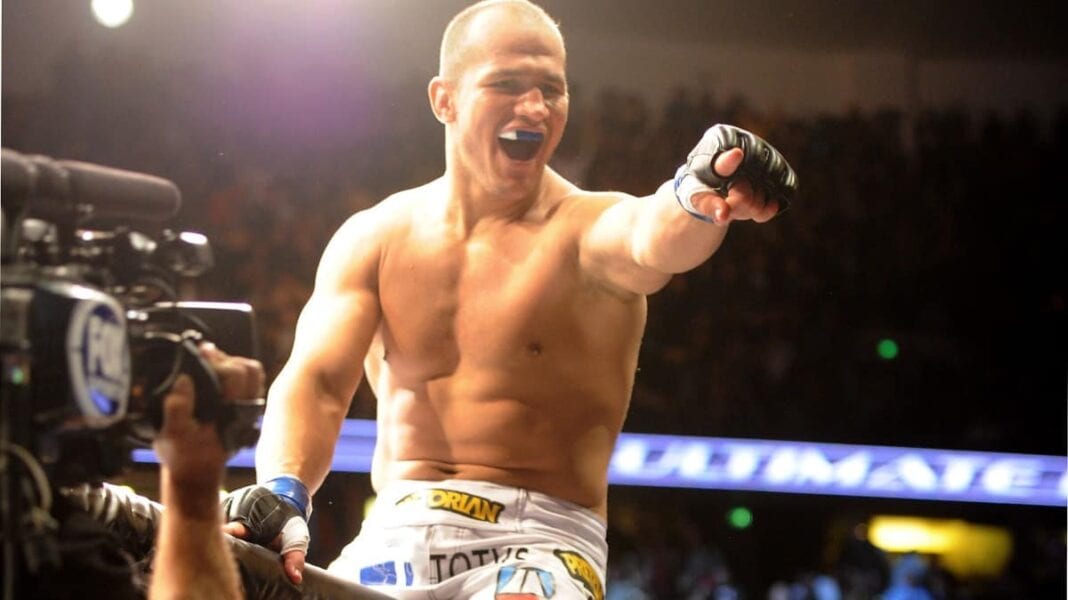 With Fabricio “Vai Cavalo” upsetting Cain Velasquez at UFC 188 to steal the title, the heavyweight division is suddenly one of the most compelling divisions in the UFC, with a plethora of contenders and possibilities.

With Velasquez no longer the champion, many thought that No. 2-ranked Junior “Cigano” Dos Santos would fight for the title, but it seems as if “Cigano” and the UFC aren’t on the same page. UFC president Dana White recently stated that Dos Santos was injured, and that No. 3-ranked Stipe Miocic, or No. 4-ranked Andrei Arlovski would get the next title shot, but that now seems untrue.

Dos Santos’ team recently sent out a report (Via Combate) stating that JDS is actually not injured, and will be ready to fight by the end of the year. Apparently Werdum also has some injuries and has received a medical suspension, leading “Cigano’s” team to believe that an end of the year matchup between the two makes the most sense:

“As opposed to what was published on 06/18, Junior dos Santos is no longer injured. He has been through two surgeries on January 2015, one on his right ACL and another on his nasal septum. Because of the procedures, he had to recuperate for six months, doing physiotherapy and light training. Junior dos Santos will be training boxing next month and will be cleared to train other martial arts as well, which will make him available to fight at the end of the year. The same time Fabricio Werdum will be available, since he received a medical suspension of 180 days after his last fight. Number two on the rankings, Junior dos Santos is the most expected fighter for a title shot.”

JDS commented on the situation himself as well, saying that everything is going well, and he sees himself wearing UFC gold once again by the end of the year:

“Everything is going all right, I can see myself as the champion again still this year.”

Despite the fact that Dos Santos is ranked at the top of the rankings, the two also have interesting history, as this potential showdown would actually be a rematch. The two met back at UFC 90, which was “Cigano’s” UFC debut. Dos Santos made a name for himself by landing a devastating uppercut that not only knocked Werdum out, but knocked “Vai Cavalo” out of the UFC.

Werdum has reinvented his career, and seven years later JDS is still at the top, making for an intriguing fight.

Am I the only one that would be excited to see Dos Santos battle for glory again?