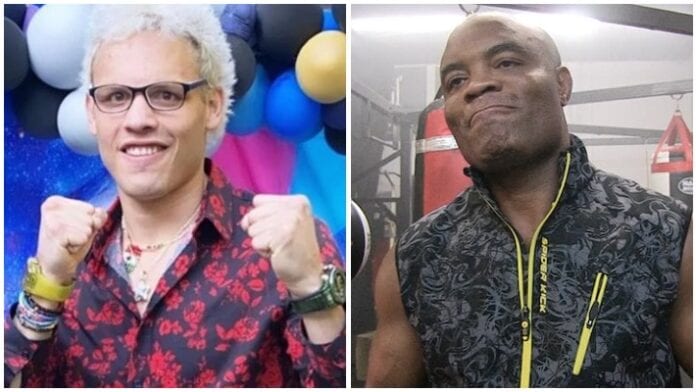 As Julio Cesar Chavez Jr. looks to reinvigorate his career, he was pretty surprised when he discovered who his next opponent would be.

Chavez Jr. (52-5-1) has been looking to string together wins since his return to the ring in 2019. After a two-year hiatus following his loss to Canelo Alvarez, Chvez Jr. has gone 2-2 since his return. Coming off of a 4th round TKO of Jeyson Minda, he steps back into the ring on June 19th against no other than UFC legend Anderson Silva.

Done with MMA, Silva (34-11 MMA, 1-1 boxing) retired from the UFC after losing to Uriah Hall back in 2020. However, he left the possibility of competing in other combat sports completely open. Although his team initially denied the fight, the bout against Chavez Jr. was made official in early April.

While preparing for the fight, Chavez Jr. sat down with mmafighting.com to talk about the bout and his view of Silva.

“I’m surprised,” Chavez Jr. said when asked for his reaction to finding out Silva was going to be his next opponent. “Not for Anderson Silva but a lot of UFC fighters come to fight in boxing. I’m a little surprised that Anderson Silva took this challenge.”

Chavez Jr. Went on to share his thoughts on Silva’s chances and how the fight will play out.

“I expect a good athlete,” Chavez Jr. said. “A guy, he knows what he’s doing. He’s not a great boxer but he knows boxing. He might try to pressure me or put his weight [on me] and throw hard punches. But I think I’m too skilled for him. I’m expecting a hard fight for the first three or four rounds but after that I think the UFC fighters don’t have the [capacity] for making a disciplined fight. That’s the difference.”

“At the same time, the fight is eight rounds, it’s at 180 pounds and that’s better for him. That makes the fight more even and the other thing Anderson Silva fights two or three times in boxing. So he knows how to box. I think it’s another level but I’m never [overconfident] because I never fought at 180 pounds and I never fought eight rounds. I’m better than him. I’m a better fighter. I can beat him because I’m the [better] fighter but I’m not overconfident at all.”

As for how the fight will end, Chavez Jr. didn’t hold back any punches.

“I don’t know how he can take my punches. I feel I can knock him out. I’m not confident in only one punch but breaking him down, go to the body and head and I think I have a lot of possibilities to knockout him.”