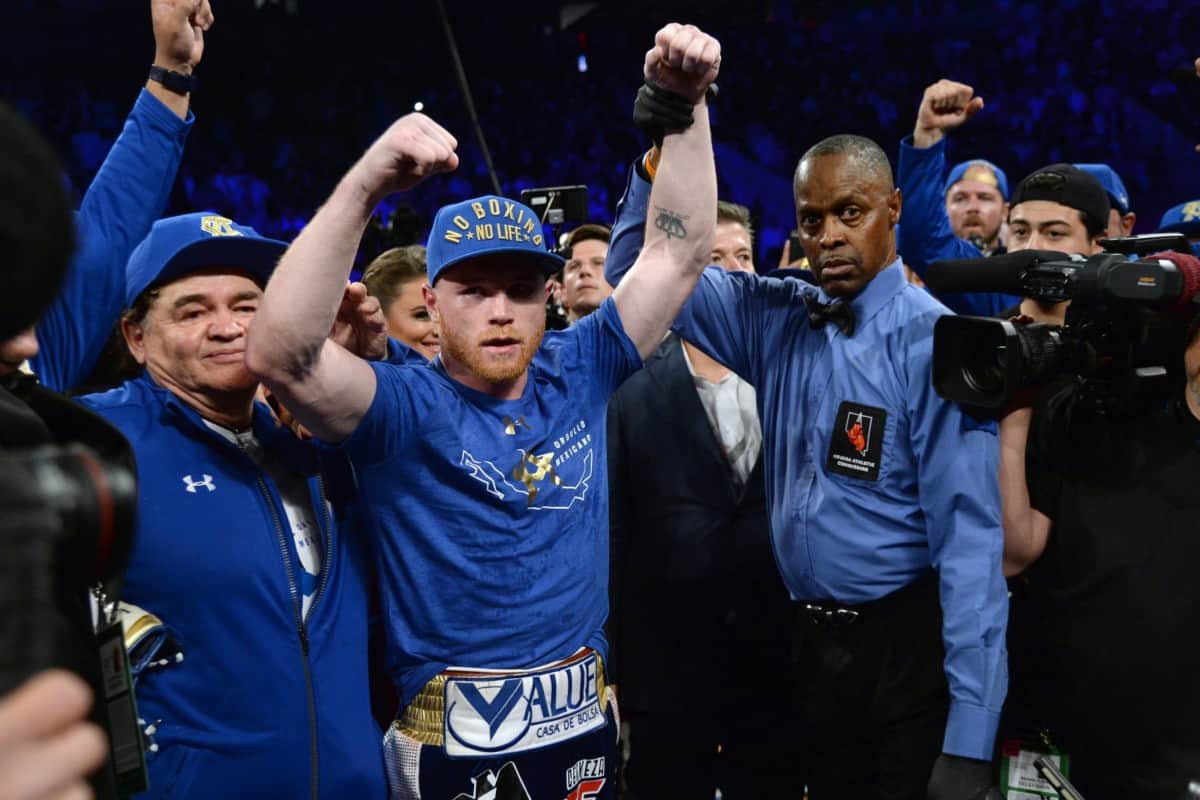 Earlier today (Sat. May 6, 2017) Canelo Alvarez downed Julio Cesar Chavez Jr. in Las Vegas in what was dubbed as a Mexican Civil War inside the squared circle.

Through 12 rounds of boxing Alvarez completely out-classed his native adversary, taking home a lopsided unanimous decision win. It marked the Mexican star’s seventh consecutive win since being defeated by Floyd Mayweather Jr. back in 2013.

Throughout the bout Chavez seemed reluctant to engage and found it difficult to get into a solid rhythm. Alvarez laid back against the ropes multiple times in hopes of getting Chavez to engage, but continued to bludgeon Chavez with his superior accuracy.

Following the contest it was announced that Alvarez would challenge WBA, WBC, IBF, and IBO middleweight champion Gennady Golovkin next, finally answering the prayers of all hardcore boxing fans. The Kazakhstani is currently undefeated in his boxing career having amassed a record of 37-0.

The pair will throw down on September 16th of this year, with no further information being given.

We’ll keep you updated as we learn more…..