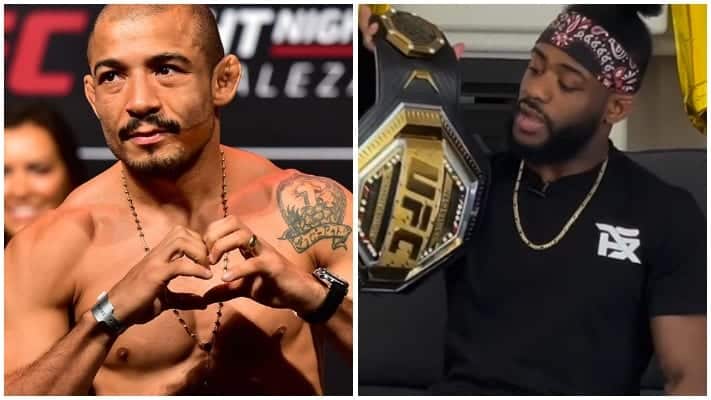 Sterling has faced a storm of criticism from Yan, other fighters, and fans alike. The first fighter in the promotion’s history to win a title due to a disqualification, Sterling has been called an ‘actor’ for how he responded to the fight-ending illegal knee. While some have come to his defense, Sterling remains the heel to most.

‘Funk Master’ has also faced criticism for his reluctance to rematch Yan who to many was on route to a successful first title defence before he threw the illegal strike in round four.

Aldo told MMA Fighting, that despite what many may think, Sterling a “the legitimate champion.”

Do you agree with Jose Aldo? Is Aljamain Sterling a legitimate UFC champion?