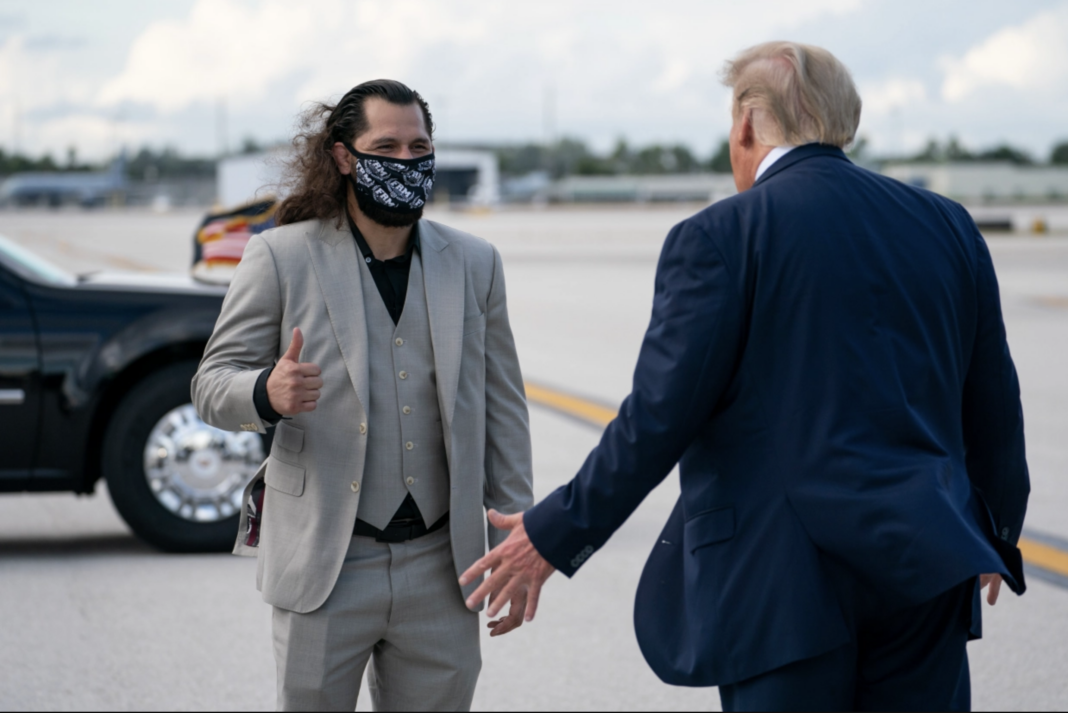 Former Welterweight title challenger Jorge Masvidal and one of the biggest superstars in the UFC was waiting for the President of the United States Donald Trump on Thurdsay to greet him at Miami International Airport.

The “BMF” is a well-known Trump supporter dating back to his fight against Nate Diaz at UFC 244 when the President came to attend the fight. Masvidal also joined Donald Trump Jr. on a “Fighters Against Socialism” bus tour in Florida where Masvidal gave a speech in support for President Trump and urged people to vote for the President in the upcoming election.

“Since I was about knee high I’ve been hearing about the horrors of communism and socialism,” Masvidal said. “We either re-elect president Trump and keep America great again, or we let Joe Biden and the radical left take us down the slippery slopes of socialism and misery.”

“I do know Latinos,” Masvidal said. “Latinos are not lazy. Latinos are not looking for a handout, we don’t want free stuff — we want freedom and opportunity. We want know that our hard work and sacrifice is going to pay off so we can get our piece of the American dream.

“We owe it to our parents and grandparents who risked their lives to get over to this great American country.”

You can watch the full speech here.

What do you think about Masvidal greeting the President?