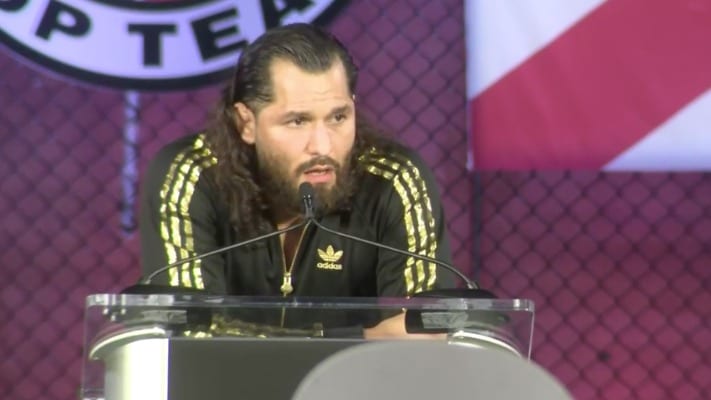 Jorge Masvidal continues to campaign for President Donald Trump as the elections edge near.

The UFC’s BMF champion has made no secret of where his allegiances lie — especially with his family having fled from Cuba’s socialist regime — and it was recently revealed last month that he would campaign for him on a “fighters against socialism” bus tour.

That took place Sunday as Masvidal notably spoke in support of Trump at the American Top Team MMA Gym in Coconut Creek, Florida.

“Since I was about knee high I’ve been hearing about the horrors of communism and socialism,” Masvidal said. “We either re-elect president Trump and keep America great again, or we let Joe Biden and the radical left take us down the slippery slopes of socialism and misery.”

Masvidal would also touch on the Latino community and other specific points.

“I do know Latinos,” Masvidal said. “Latinos are not lazy. Latinos are not looking for a handout, we don’t want free stuff — we want freedom and opportunity. We want know that our hard work and sacrifice is going to pay off so we can get our piece of the American dream.

“We owe it to our parents and grandparents who risked their lives to get over to this great American country.”

You can watch the full speech below:

What do you make of Masvidal’s speech?