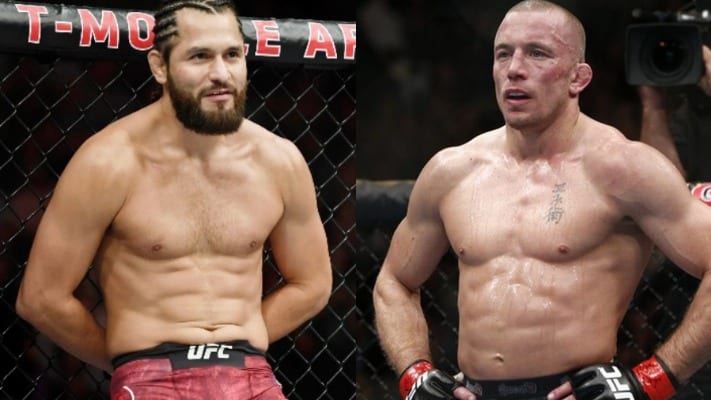 Jorge Masvidal’s manager Abraham Kawa is interested in a potential scrap with Georges St-Pierre for his client.

Masvidal has quickly risen as the one of the most popular fighters in the promotion following a breakthrough 2019 that saw him finish the likes of Darren Till, Ben Askren and Nate Diaz.

“Gamebred” now seems in line to face Nick Diaz while another option was Conor McGregor before the latter was confirmed to face Donald Cerrone at UFC 246. It’s no secret that he only wants the big names now. And another that would certainly entice him is former two-division UFC champion St-Pierre. Although retired, “Rush” is frequently asked about a potential comeback.

And when a fan suggested the idea of a St-Pierre vs. Masvidal matchup, Kawa was certainly receptive to it:

“Would love to see this,” Kawa tweeted. “I think GSP is looking for a winnable fight against a non striker that increases his stock value. Jorge presents plenty of problems for him.”

“GSP” was notably planning a superfight with lightweight champion Khabib Nurmagomedov earlier this year. However, the UFC wasn’t on board with the idea with him later retiring.

It remains to be seen if Masvidal has become that big of a name that he would be able to get St-Pierre out of retirement. But then again, Masvidal has achieved so much this year that anything seems possible.

Can you see St-Pierre returning to face Masvidal?