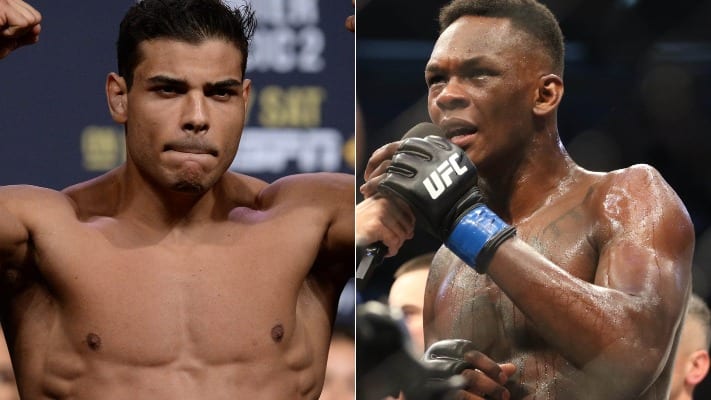 During an episode of Joe Rogan’s podcast with special guest Joe Schilling, Rogan shared that the Ultimate Fighter would be returning with Paulo Costa and Israel Adesanya.

Speaking about the show to Schilling Rogan told him the news.

“Oh they’re bringing it back by the way, Paulo Costa and Israel Adesanya, tell me you’re not gonna watch that.”

The Ultimate Fighter was a reality TV show run by the UFC that would see up and coming fighters compete with each other for their UFC contract.

This isn’t the first time a season coached by these two fighters has been bought up with Costa tweeting about it earlier this month requesting 15 million dollars to fight Adesanya as well as speaking about coaching the show.

While it seems unlikely that Costa will get the money he is requesting after Rogan’s remarks it would seem the season is at least in the works.

However, Adesanya said recently in an interview with Submission Radio that he was not interested in coaching on The Ultimate Fighter.

“It’s definitely not something I’m interested in because put it this way when Robert and Kelvin did it Eugene does not watch The Ultimate Fighter, he doesn’t like the show but he watched it because it tells you allot about an individual and it gives allot away. And for me, I wouldn’t want to go there and decoy and give these guys that I’m trying to train some, not bullshit, I’d want to do my best, if I’m gonna do something I’d fucking do my best” Adesanya said.

Currently, nothing has been officially announced by the UFC regarding coaches on any new season of the show.