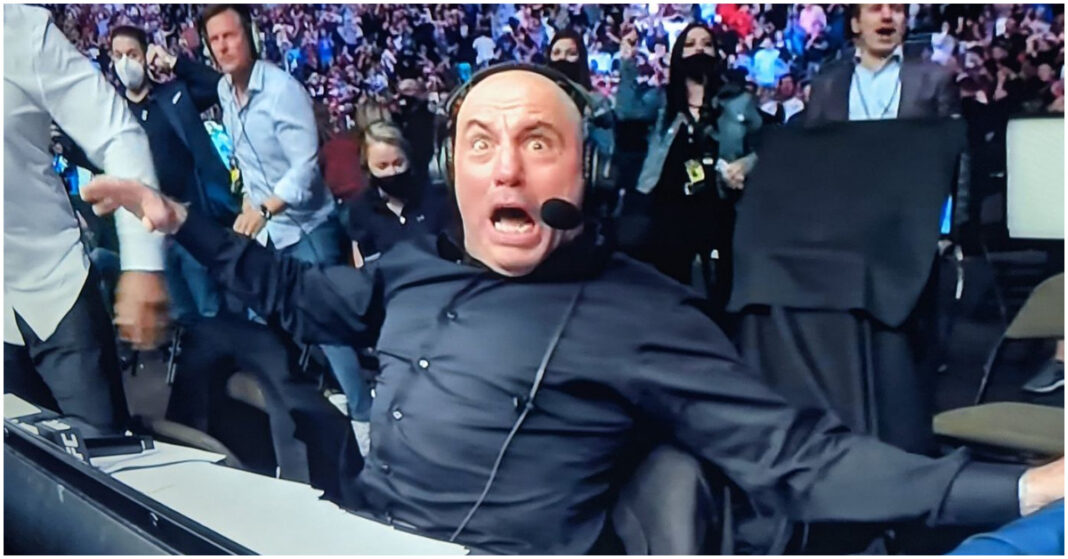 The broadcast team for the year’s first pay-per-view in Anaheim, California has been confirmed and it will feature a few familiar faces.

After missing four numbered events last year, Joe Rogan will again be tasked with color commentary duties at UFC 270 for what will be his third consecutive show. The popular podcast host will be joined by Daniel Cormier while of course, long-time UFC play-by-play analyst Jon Anik will take you through the action as it unfolds.

Rogan was in the booth for both UFC 268 and UFC 269 to cap off a strong 2021 as well as UFC 260 last March in the UFC Apex. This was the event that Francis Ngannou defeated Stipe Miocic to capture his first heavyweight title, his most recent appearance in the octagon.

Ngannou is set to make the first defense of his belt this weekend in a marquee matchup with rival and former training partner, Ciryl Gane. Rogan has never called one of Gane’s fights before but he has made it known that he’s been admiring the French Prince’s skills from afar.

Gane is coming off a big win over Derrick Lewis at UFC 265 where he laid claim to interim gold. Anik and Cormier were joined by Dominick Cruz for this event as Rogan had prior commitments with his North American comedy tour.

The team will be rounded out by Megan Olivi who will fulfill reporting duties live from the Honda Centre while Michael Bisping and Anthony Smith will take care of pre and post-fight analysis shows from the desk.

Do you think Joe Rogan, Jon Anik, and DC are the all-star commentary team for the UFC?