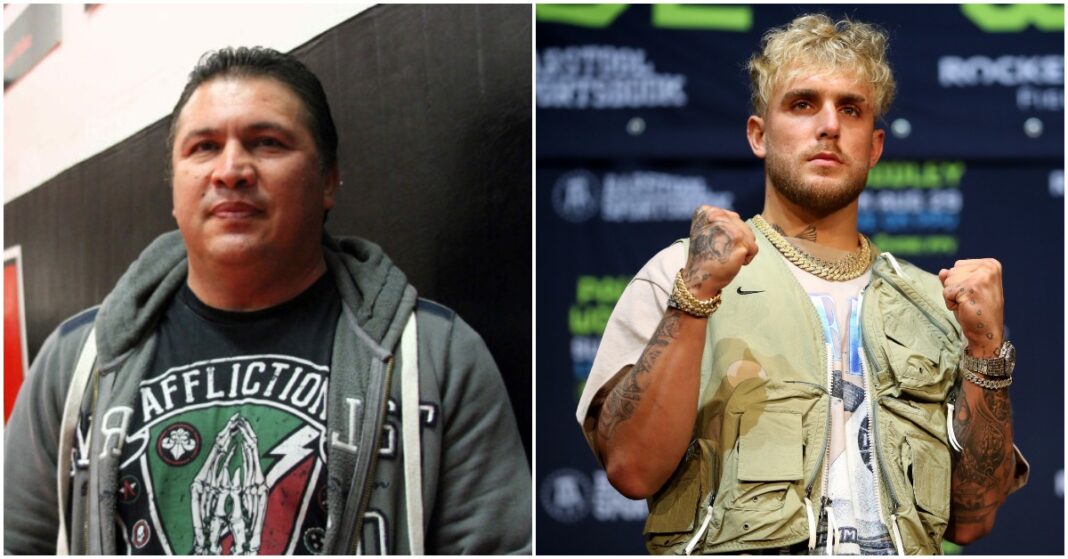 AKA Coach Javier Mendez has squashed rumours that Jake Paul is or has been training at the American Kickboxing Academy, however, the experienced Mendez hasn’t closed the door on the idea of Paul potentially stepping inside the walls of AKA.

In a recent interview with TheSchmo Coach Mendez was asked about Jake Paul and whether the speculation was true. In the build-up to Jake Paul Vs. Tyron Woodley 2, Paul expressed his desire to switch over to MMA at some point stating that Coach Mendez and Khabib Nurmagomedov were both 100% willing to train him. Just recently Paul uploaded a video to social media of him practicing throwing leg kicks, leaving many followers speculating if we may see his MMA debut in 2022.

Fast forward to now, and this is what Mendez had to say about Jake Paul potentially making that switch one day.

“It could happen, but like anybody you know we have to go through all the coaches and all the fighters that are here, and anybody that’s a famous athlete like him they would go through the routine that anybody does so he would have to get voted by everybody, not everybody but if there’s one person, in particular, that doesn’t want him here for that particular reason he can’t be here so everyone would have to vote.”

Although it appears Mendez is open to the idea of helping Paul and speaks very highly of the undefeated boxer, he knows nothing will come of these rumours just yet as Paul himself is still yet to ask to work together. It would also need the approval of everyone at AKA before Paul could join the ranks there.

“First of all, he’s never asked, what he’s done is he’s marketed himself out there beautifully, I love the plug he gave us, I think it’s a fantastic plug and I think he’s a fantastic person. And I think he markets himself fantastic, I love what he does. He creates interest, how can you not like a guy who creates interest. I sent him a text of encouragement and a heartfelt message.

“I felt like it was the right type of message to send because it was legit, and he gave me a great return in favour by talking about training with us, but the reality is no matter who you are, you could be the greatest fighter ever you still have to go through the team to get consent to train with us, so that’s what we’ve always done.

“He hasn’t been given consent because he hasn’t asked, it’s not that he won’t I don’t know, I just know he hasn’t asked and if he does get denied, he won’t know who denied him because we don’t say that we just say, you know it’s not meant for you at this time.”

Paul is yet to announce his next adventure in boxing with it seeming likely he will take some time off in 2022 given his hectic previous year. Is now the right time for him to try and make the switch?

How well do you think Jake Paul would in MMA?