LowKickMMA.com
Home UFC News Javier Mendez says Islam Makhachev was the only person ever to defeat... 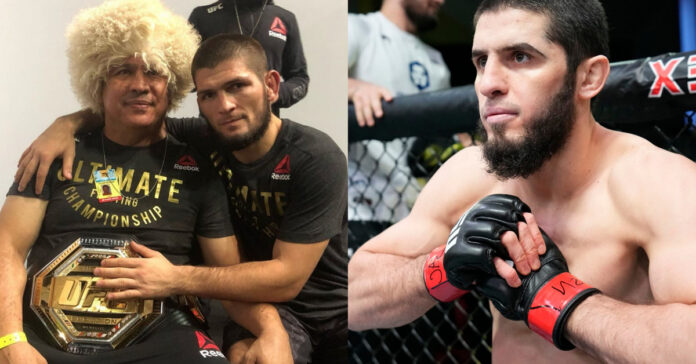 Javier Mendez stated that Islam Makhachev was the only person to ever beat Khabib Nurmagomedov in all their years of training.

Makhachev is slated to take on top contender Charles Oliveira for the vacant lightweight title in the headlining bout of UFC 280 on Oct. 22 at Etihad Arena in Abu Dhabi, United Arab Emirates. He goes into the bout off a 10-fight win streak but has faced criticism for not having a top-five ranked competition on his record.

In a recent interview with Submission Radio, Javier Mendez of American Kickboxing Academy (AKA), the gym of former lightweight champion Khabib Nurmagomedov, shared that ‘The Eagle’ never lost a sparring session in training since 2012. He heaped praises on Makhachev, who he says is the only person to ever win rounds over Khabib.

“In all the history, since 2012, since Khabib’s been doing sparring with me in front of my eyes, there has been nobody that’s ever taken a round from him. No one’s ever won a sparring session. Not a sparring session with Khabib ever. Except one man. Islam,” Mendez said (ht BJPenn.com). “He’s the only one that has won rounds from Khabib. Never won a session, but he’s won rounds. And I’ve never seen that. So, obviously, when Khabib talks about the next heir, he’s not saying something that he’s trying to make up and make people believe. He knows, like I know, how good his Islam is.

Mendez is confident Makhachev will prove he is the best in the world against Oliveira.

“That’s why he’s so confident in what he’s saying. Khabib’s not known to say something that he doesn’t mean,” Mendez continued about Islam Makhachev. “And he means it, I mean it. And now it’s time for Islam to go out there and shine and let everybody know what Khabib already knows and I know, that he’s the best right now. He is the best. And we have to prove it and we will prove it.”