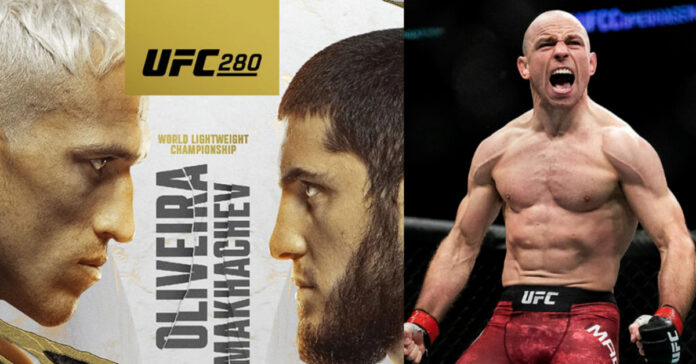 Undefeated UFC lightweight Mark O. Madsen has given his take on the upcoming 155lb title fight between Charles Oliveira and Islam Makhachev at UFC 280.

Mark O. Madsen is currently set to take on Drakkar Klose at UFC Fight Night: Kattar vs. Allen. Following Klose’s victory over Brandon Jenkins at UFC on ESPN 34, he took to the mic, calling ‘The Olympian’ out. Now Klose has the fight he wanted, although Madsen clearly believes that his now upcoming opponent has bitten off far more than he can chew, having vowed to retire Klose.

Speaking in an exclusive interview with LowKickMMA, in partnership with VegasInsider, Mark O. Madsen had the following to say about his opponent.

“I definitely think Drakkar Klose should have called someone else out. The thing is with callouts – it’s a funny thing, because the mental aspect in it is one guy is calling another guy out, because he thinks he’s better than the other fighter. Me personally, I love callouts, because that triggers something inside me. That puts a little extra in there. I think Drakkar made a mistake and I’m gonna prove that on October 29th. I’m gonna go out there and I’m gonna knock his head out, and retire this guy. Quite simple.”

Should Madsen defeat Klose, he will likely be on the fringes of the top 15 of the lightweight division. 155lbs has been a marquee weight class for some time now, and at UFC 280, a new champion will be decided.

Former title holder Charles Oliveira will take on Islam Makhachev in one of the most anticipated bouts of the year. Madsen was confident in his assessment of who would come out on top in this eclectic title fight. He stated:

“I see Islam Makhachev as the new UFC champ. One hundred percent. I saw Michael Chandler say online that Islam – I think he said he hadn’t earned it, or that he hadn’t fought anybody good. I think that’s bulls**t number one. Islam Makhachev, I even had the chance to train with him, he’s the real deal. I see him as the new UFC champion. And I think he’s gonna hold that belt for a while, to be honest.”