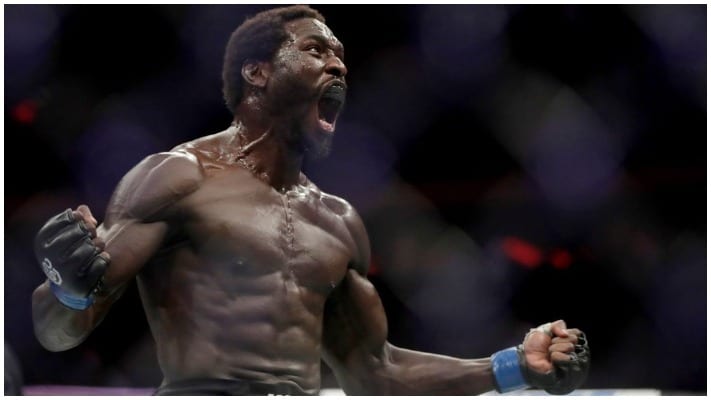 Top middleweight contender Jared Cannonier says he will be ready to step in and replace Israel Adesanya or Paulo Costa should either man drop out of their 185lb title fight at UFC 253 on September 26.

Cannonier is currently booked to face former middleweight king Robert Whittaker at UFC 254 in what many assume will determine who is next in line for the winner of the UFC 253 main event between Adesanya and Costa. ‘The Killa Gorilla’ though isn’t convinced he will have to fight Whittaker to earn a title shot. He believes he may get the chance to slide in on late notice later this month.

“I got my contender’s fight,” Cannonier told MMA Fighting when referencing his match-up with Whittaker. “If it wasn’t the contender’s fight, it would have been the title fight. At this point in time, it still potentially could be.

Cannonier understands that in these uncertain times it’s important for fighters to be ready at all times as opportunities are likely to present themselves at the last minute.

“Given the times with COVID-19, we’ve seen fights change, main events change, what, 60 percent [of the time] was it last year from the original booking. I’m ready. I’ve been ready since my pec tore. Now it’s time.

“I’m ready for that,” Cannonier said about fighting at UFC 253. “At the end of the day, I’m really glad to be back training more than anything. I have a lot of getting to the gym. I have a lot of fun working and training and learning and trying to figure out the different aspects of my craft.

“These big fights and stuff are just field tests. In my mind, bigger things are going to happen after the fights. That’s really what I’m preparing for. I’m just going to have as much fun along the way.

Do you think Jared Cannonier will get the call if Israel Adesanya or Paulo Costa drop out of UFC 253?