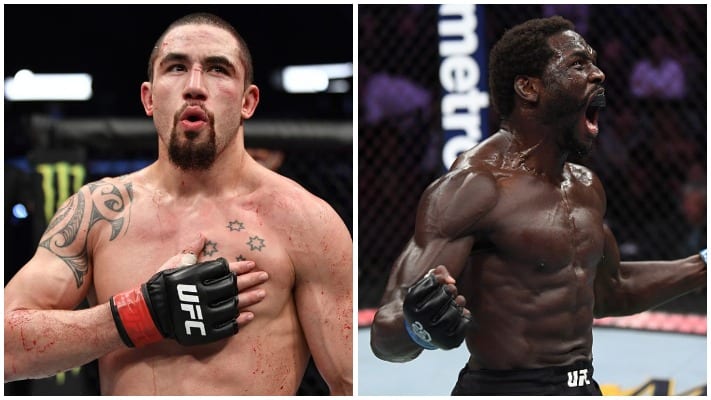 The former UFC middleweight champion Robert Whittaker is heading straight back into camp after beating Darren Till via unanimous decision at UFC Fight Island 3. Whittaker will face Jared Cannonier at UFC 254 on October 24.

Brett Okamoto of ESPN broke the news to his followers on social media, he wrote.

Before his big win over Till, Whittaker was coming off a lenghthy layoff trigger by burnout. He had also suffered a brutal knockout loss to Israel Adesanya and lost the 185lb title to ‘Stylebender’ in the process.

Speaking exclusively to LowKickMMA earlier in the week Whittaker revealed he was hoping to fight in November or December against any of the top guys, he said.

“The UFC are just going to put somebody in front of me and then I’ll punch with them. More importantly for me is just the date. I want to fight again before the end of the year. Hopefully, November. November-December that would be good. Whatever the UFC want we can talk about it’s all good. As long as it’s in November or December it’s all good.”

The UFC has seemingly convinced Whittaker to return to the cage slightly earlier than he had anticipated to take on Cannonier in what you can only imagine will determine who is next in line for a middleweight title shot.

Cannonier is on a three-fight winning run since dropping down to middleweight. He has picked up wins over David Branch, Anderson Silva and Jack Hermansson. ‘The Killa Gorilla’ is currently ranked #3 in the division and will undoubtedly be the number one contender should he get by Whittaker on October 24.

Who wins at UFC 254? Robert Whittaker or Jared Cannonier?