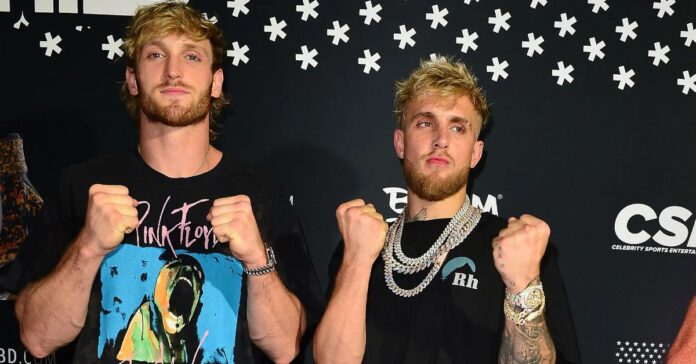 Bellator MMA president, Scott Coker has confirmed there has been open dialogue regarding the potential acquisition of polarizing professional boxers and social media stars, Jake Paul, and his elder brother, Logan Paul to the organization – which would see them make their move to professional mixed martial arts.

Yet to book his next foray into the squared circle, Jake Paul has hinted at an August comeback to professional boxing, and recently named the likes of Floyd Mayweather, Oscar De La Hoya, and former UFC middleweight champion, Michael Bisping on a hit list of opponents he hopes to face in the future.

With no amateur nor professional mixed martial arts experience under his belt, Jake Paul, as well as his elder brother both wrestled as amateurs – with the former retaining a rivalry with Bellator MMA welterweight, grappling talent, Dillon Danis.

For the elder Logan Paul, the podcast host has competed just once as a professional boxer – suffering a decision loss to fellow YouTuber and musician, KSI. Paul notably shared the ring with the aforenoted former world champion, Mayweather back in June of last year as part of a eight round exhibition boxing match. Paul also recently featured in professional wrestling under the WWE banner at WrestleMania last month.

Speaking on the possibility of Jake and Logan Paul competing for Bellator MMA in the future, Coker admitted that initial dialogue and discussions had taken place.

“We’ve had convos with (Logan Paul) and Jake (Paul) about, ‘What does MMA mean to you guys,’ and ‘What do you guys wanna do?’” Scott Coker told TMZ. “There’s ongoing dialogue, but if they wanna really get down and get serious, we’ll bring them in. Sure, why not.”

“When they started boxing two years ago, I told people don’t underestimate these guys, because they’re gonna get better and better and better,” Scott Coker continued. “It’s just a matter of them training and practising. If they get into a gym like (AKA) with Javier Mendez, talk to me in a year, man. I’m impressed with how much they’ve grown over the last two years, and if they have their mind made up, I think they can come get into it.”

In a final parting message to the outspoken duo, Coker urged both Logan and Jake Paul to have their representatives reach out to the promotion if they wished to make a run in professional mixed martial arts.

“Hey, guys, if you really wanna do mixed martial arts, you wanna fight some of our top guys, please give me a call, have your managers call us, and let’s get it on.”