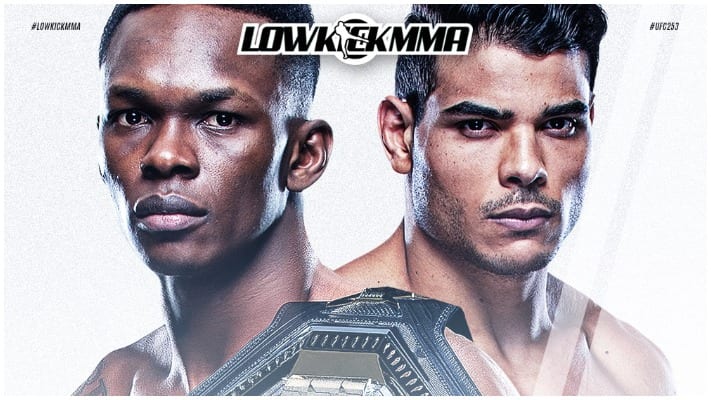 IT’S TIME! The UFC 253 main event is finally upon us! Israel Adesanya is looking to defend his middleweight title for the second time. He’ll face off against undefeated Brazilian knockout artist Paulo Costa on ‘Fight Island’. Who’ll get the win? Let’s find out…

Round 1: Israel Adesanya is attacking the lead leg of Paulo Costa at the start of round one. The Brazilian is pointing at the target area and waving his opponent in. About a minute into the fight and Costa lands his first significant strike – a nice body kick. He goes up high it makes a nice sound but it looks like Adesanya got his hand up to block just in time. Costa goes to the body with another kick, Adesanya counters with a nice left hand. Costa is taunting a lot early. He’s already putting both hands behind his back and imitating Yoel Romero’s unorthodox stance. Adesanya continues to hammer in those low leg kicks. They are really starting to pay dividends. Costa is caught mid-taunt with a huge body kick. He pushes forward in typical fashion but Adesanya manages to clinch up and sperate without taking any damage. The round ends.

Round 2: Adesanya goes straight back to chopping at Costa’s lead leg. It’s really red right already. Costa misses wildly with a kick up top. He lands back to back low leg kicks straight after. Costa pops him with a jab. Adesanya goes upstairs with the kick which appears to partially land. Adesanya lands a big body kick. Costa tries to return but his kick is caught. ‘Stylebender’ lands a clean head kick – Costa just eats it! The champ is stomping on his opponent’s lead leg now as well as rattling off low kicks. Adesanya dips out the way of an attack, lands a beautiful counter left before swarming for the finish.