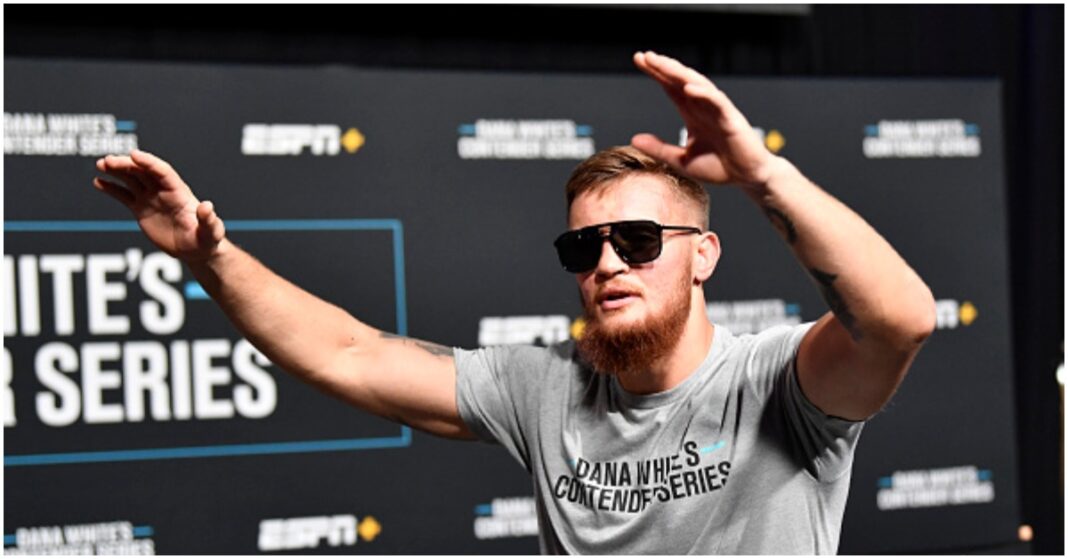 After a brutal invasion of Ukraine by Russia, the world has been holding the country accountable for its actions, and so has Ihor Potieria.

The 25-year-old Ukrainian UFC fighter Potieria holds an impressive record of 20 victories and only two defeats. And now, he’s taken to social media to call out Russia’s biggest MMA star.

“You were loved by millions,” Potieria said on his Instagram story (transcribed by Bloody Elbow). “You’ve been an example in many martial arts gyms. You started your career in Ukraine. You speak about honor and faith. And now you are silent.”

This is a direct shot at Nurmagomedov, who could be potentially keeping quiet because of his ties to Russian President Vladimir Putin and Chechen dictator Ramzan Kadyrov. The ties to both those individuals stem from “The Eagle’s” victory over Conor Mcgregor. After the win, both men befriended Nurmagomedov. With Putin meeting him and praising his efforts, and Kadyrov hosting a banquet for the Dagestani legend.

Ihor Potieria didn’t target “The Eagle” solely though, he also called out Alexander Shlemenko, a Russian MMA fighter. Shlemenko has been supporting the Russian invasion of Ukraine, prompting Potieria’s contempt.

“You are not a warrior, you are an accomplice of a killer.” Potiera wrote on Instagram.

The Russian invasion of Ukraine has been an ongoing affair. Worldwide, people have shown support for Ukraine and are even punishing Russia. Economic sanctions have been enforced, banks are refusing Russian service, and even FIFA got involved, kicking Russia out of the 2022 World Cup in Qatar.

A recent development on the positive side is Ukraine and Russia have agreed to “humanitarian corridors” for civilians, allowing them certain exit points out of the warzone where a ceasefire will be observed on both sides for civilian safety.