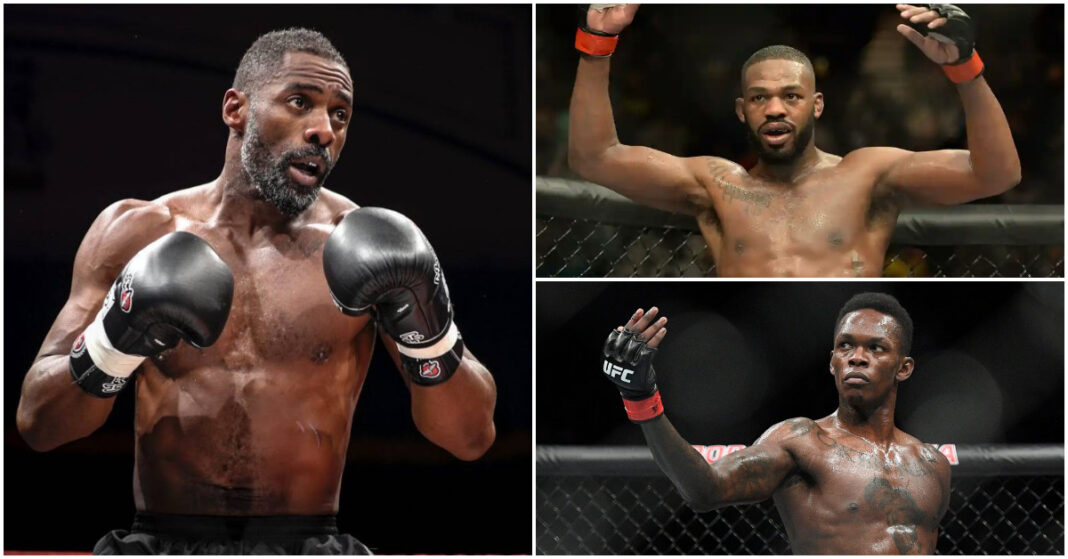 Idris Elba called current UFC middleweight champion Israel Adesanya the greatest of all time in the promotion ahead of Jon Jones who he acknowledged as “pretty dope”.

One of the most well-renowned actors in the field, Idris Elba, has been known to follow his passions besides acting. Elba has dabbled in other fields like production, playing musical instruments, and even performs as DJ Big Driis. He’s a passionate fight fan who is regularly featured on the big screen when he attends a UFC event.

While Elba acknowledged the commanding run of Jon Jones as the youngest light heavyweight champion in the UFC, he believes Jones is no longer the GOAT as ‘Stylebender’ has taken his place with his run as the middleweight champion.

“Jones is pretty dope, but Israel Adesanya is the GOAT right now,” said Elba before adding, “He’s such a great, great fighter. Super agile, incredibly disciplined, and fierce with his strikes. I’m big into watching him.” (h/t Sports Illustrated).

Has Israel Adesanya overtaken Jon Jones to be the GOAT?

Israel Adesanya has remained undefeated as a middleweight in MMA and solidified his place as a dominant champion in the UFC. His only blemish in the octagon came at light heavyweight against Jan Blachowicz.

After Izzy defeated the legendary Anderson Silva in 2019, he called out Jon Jones as he declared himself the GOAT killer ready to face ‘Bones’. Jones fired back with a savage response before their rivalry fizzled out for the next two years as they continued to trade little verbal jabs at each other.

Daniel Cormier does not believe Adesanya can lay claim to the title of middleweight GOAT given the significance of what ‘The Spider’ was able to achieve over his career.

Jones has been packing on the weight over the last two years after his last outing against Dominick Reyes in a razor-thin decision win. He’s looking to move up to heavyweight and challenge Francis Ngannou for the title in his return to the octagon. While a fight between Jones and Izzy may never happen due to the difference in weight class, the debate for GOAT status will continue to rage on.

Do you think Israel Adesanya has done enough to be called the GOAT over Jon Jones or Anderson Silva?