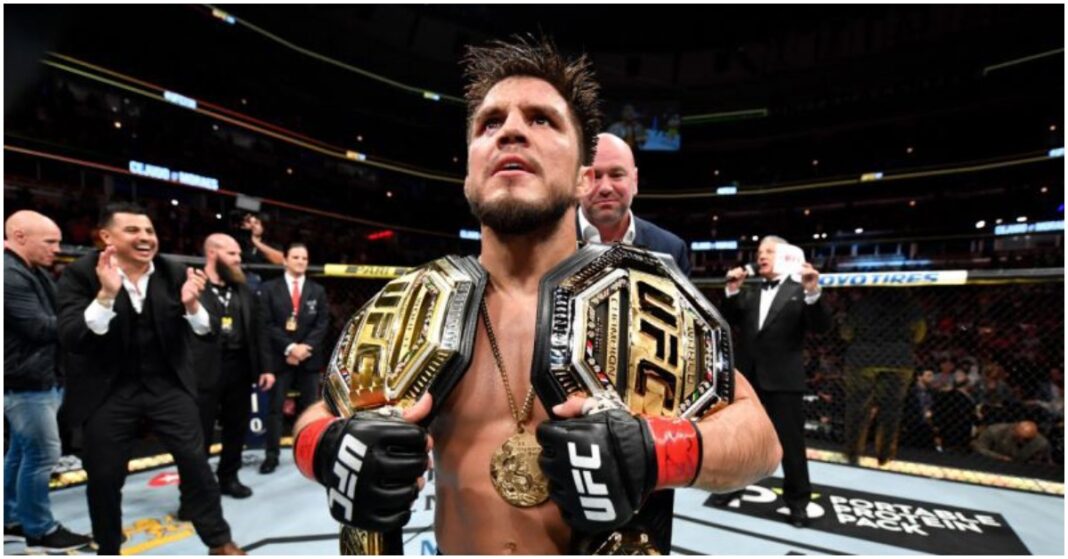 Henry Cejudo has spoken about a ‘great meeting’ he held with the UFC executives to discuss his return from retirement, after leaving the sport back in May 2020.

Cejudo hung up the gloves following his victory over Dominic Cruz at UFC 249 but now has plans to return after revealing his interest in becoming the first fighter within the UFC to hold a championship belt in three different weight divisions.

Cejudo had recently re-entered the USADA testing pool and will be able to compete in six months’ time. Upon his return, the former two-division champion had called for a shot at featherweight champion Alexander Volkanovski and was recently in the corner for the champion’s last opponent at UFC 273, ‘The Korean Zombie’.

After speaking on Triple C and The Schmo, Henry Cejudo had this to say regarding his return to the sport.

‘I think there’s two weight classes that are really open, and I want to take a stab at either one of them.

‘We talked over dinner, we were there for a couple of hours because we had a lot to talk about. To say the least, it was a great meeting.’

Although Dana White was not attending the meeting with Henry Cejudo, the former two-division champion feels he and the former UFC president is looking forward to his return.

‘At 135 or 145 (pounds), a lot of those decisions aren’t done yet. I want to see what is going to end up happening, but they love the comeback.

‘They want me back, they would never have dinner with me if they didn’t want me back. I think for my next meeting, I’d love to meet with Dana White.’ (Transcribed by Dailymail).

Cejudo will be chomping at the bit to return and get his chance at achieving his aim of championing three weight divisions. However, that may be harder to do than say given Alexander Volkanovski is interested in making a jump to lightweight.

Where would you like to see Henry Cejudo return?