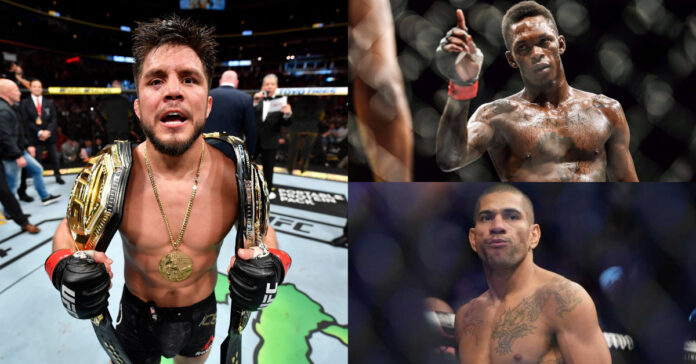 The reigning UFC middleweight champion is set to clash with Pereira in the headlining bout of UFC 281 on Nov. 12 in the promotion’s grand return to Madison Square Garden in New York. He’s coming off a lackluster yet dominant win over Jared Cannonier in his last outing in July at UFC 276, on the same card as Pereira’s latest contest against Sean Strickland.

In a recent video uploaded to his YouTube channel, former two-division champion Henry Cejudo shared his break down of the highly-anticipated fight between Adesanya and Pereira. Cejudo extended his support for ‘Poatan’ to replicate his previous performances against ‘Stylebender.’

READ MORE:  Daniel Cormier believes Darren Till's bout at UFC 282 is a must-win fight: "It might be over."

“I think Alex is gonna get it,” Cejudo said on his YouTube channel (h/t Drake Riggs of MMA Fighting). “This is why it’s so important that as a mixed martial artist that you become well-rounded. That you’re not just a striker with good defense. Because what happens when you get that other good striker that has better striking than you then you can’t take him down? Cause that’s kinda where we’re at now with Pereira and Adesanya.

“As good as Israel is, Alexander just still has better striking. He knocked him out the last time they fought, he beat him the first time. If this fight goes on its feet, I just gotta go with Pereira.”

Cejudo likened the fight to Jose Aldo vs Max Holloway

“Jose Aldo was the same thing,” he added. “Really good on his feet and great defense. But what happens when you get a better striker like Max Holloway? He put him out. He literally put Jose Aldo out. He put him out because there was nothing else that Jose Aldo had that was a trick in the bag for Max Holloway.

“That’s kind of how I see it in this position with Israel Adesanya and Pereira. I got Pereira by knockout. I think he’s got more diversity and things of that nature. Stop me when I lie.”