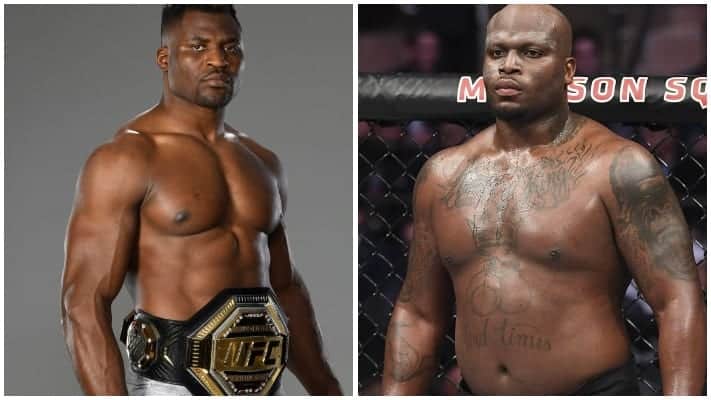 The UFC is not waiting around to have the new heavyweight champion, Francis Ngannou, defend his belt. Instead of a Jones-Ngannou match, we will likely see Francis Ngannou versus Derrick Lewis 2 later this year.

Ariel Helwani reports that the UFC appears to be moving forward with the rematch. The promotion was kicking the idea of having the rematch happen on June 12th. However, the date does not work for Ngannou. Lewis expressed interest in the rematch and is available to fight once the UFC can lock down a date.

As Helwani states, the intriguing component here is that it does appear the UFC is moving away from Jon Jones as the champ’s first title defense. Ngannou says he wants to fight Jones. However, the former light heavyweight king is in a war of words with Dana White over what he should make for this super fight. White, however, stated that he believes Jones’s contract demands are a move to avoid fighting Ngannou. The beef hit a comical high earlier this month, as Jones posted the two had sat down for dinner to discuss the deal, and White replied that it had been a good night.

Of course, this little April Fools joke had many speculating exactly where the negotiations were. No additional traction was reported until Helwani’s tweet, leaving few surprised that the UFC is unwilling to meet Jones’s terms. Since it appears that a deal between the UFC and Jon Jones to book the fight is unlikely, the rematch with Ngannou and Lewis seems inevitable. However, the timing of the rematch will now be the biggest question. With Ngannou unavailable for a card in June, Helwani suggests that the fight will happen later in the summer or early fall.

Do you think that Francis Ngannou will face Derrick Lewis before fighting Jon Jones?