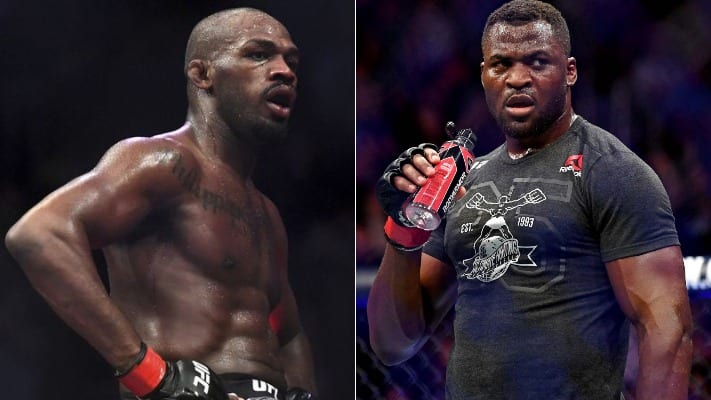 Jon Jones should earn a monstrous payday for his highly anticipated heavyweight debut according to his long-time coach Mike Winkeljohn.

Francis Ngannou became the heavyweight champion at UFC 260 when he spectacularly knocked out Stipe Miocic in the second round of their highly anticipated rematch.

Jones immediately took to Twitter after UFC 260. “Show me the money,” he wrote.

Dana White got wind of these comments and suggested Jones should consider moving down to middleweight. The UFC boss also revealed Derrick Lewis is most likely going to be the man who gets the first crack at the new heavyweight king.

During a recent interview with Submission Radio, Winkeljohn revealed he was not surprised to see White be so dismissive of his student’s financial demands.

“To be expected. You know what, Dana is the best in the world at the fight business, there’s no doubt about that. And for a reason,” Winklejohn said. “Jon’s the best in the world for what he does, and for a reason. So, of course they each went their own [way]. To be expected. That’s the game. There is a fight game where he’s got to fight Francis, and at the same time he’s got that game, the UFC. They’ve got to decide how much they want to sell that many pay-per-views and how much is Jon Jones worth to them to sell that many pay-per-views. And Jon’s gotta decide, where is that point where I’m motivated to take that risk to continue at my legacy and being the best ever to play the game. Cause there’s always a risk. Someone can always slip and fall. People can fall in the bath tub. Something can always possibly happen. So, is it worth the risk? How much money is worth it to take that risk?”

The famed MMA coach was then asked how much does he think Jones should earn for fighting up at heavyweight against Ngannou.

“Gosh, I look at the big fights. I think this fight can be easily as [big as] some of the big Mayweather fights out there,” Winklejohn replied. “What did Floyd Mayweather make? A hundred million? I don’t know. You know, that type of thing. He was kind of his own promoter. So, Jon’s gotta share that with the UFC as far as on pay-per-view buys. But I don’t see why it wouldn’t be a fifty-million-dollar fight. And the UFC still makes bank, and is able to pay off a lot of the debt they have and go forward. I think the UFC needs a superstar like Jon Jones. I think Conor was the guy for a while, and he’s fallen off. But those big names is what makes the UFC money, ultimately.”

How much do you think Jon Jones should be paid to fight Francis Ngannou?