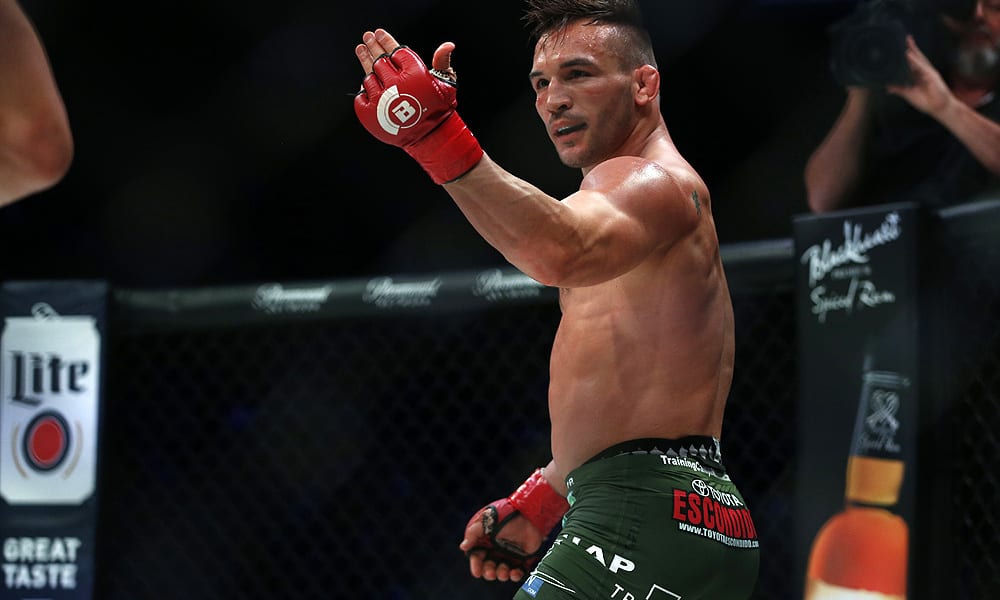 Gilbert Burns has dropped a hint that Michael Chandler is UFC bound after USADA showed up to the gym.

Ever since Chandler knocked out Benson Henderson and became a free agent many wondered what would be next for him. Many fans wanted to see him compete in the UFC and it appears those fans might be getting their wish as Burns posted a video of USADA at the gym followed by him showing Michael Chandler smiling.

“What’s going on here?” Burns wrote in a recent Tweet.

Michel Chandler would no doubt be a big signing for the UFC and could easily make his debut against someone in the top-10 of the lightweight division. For the former Bellator lightweight champion, he made it clear from the beginning that he was going to test free agency.

“There is an exclusive negotiation period. Ours is short, and you can also get it waved,” Chandler said to MMAFighting about a month ago. “At this point, not that I’m not here to negotiate with Bellator, but as I’ve said before, I like the idea of going to ONE FC, finishing the trilogy with Eddie and fighting across the world. I love the idea of fighting all the top-10 guys in the UFC, I love the idea of staying with Bellator for the next 10 fights, getting a job behind the mic and being the most decorated Bellator fighter of all-time.

“But Scott Coker had the opportunity to sign me five months ago, six months ago, four months ago before this fight happened, and it didn’t happen. So there’s not a huge time that we need to sit here and negotiate, Scott. You had the opportunity, you let me go into free agency. You said I’m not 21 years old anymore but I just finished the best lightweight you have on the roster besides me. I don’t really understand why it needs to be any longer than right now. Let me see what I’m worth.

“What will ONE FC offer me? What will PFL, the UFC offer me? Maybe Dana thinks I suck. Maybe Chatri’s like, “Maybe that trilogy with Eddie sounds cool, but we don’t want to pay you that much.’ Maybe that’s the case. I doubt it, but let me go see what I’m worth.”

Whether or not Chandler has indeed signed with the UFC is unknown at this point.