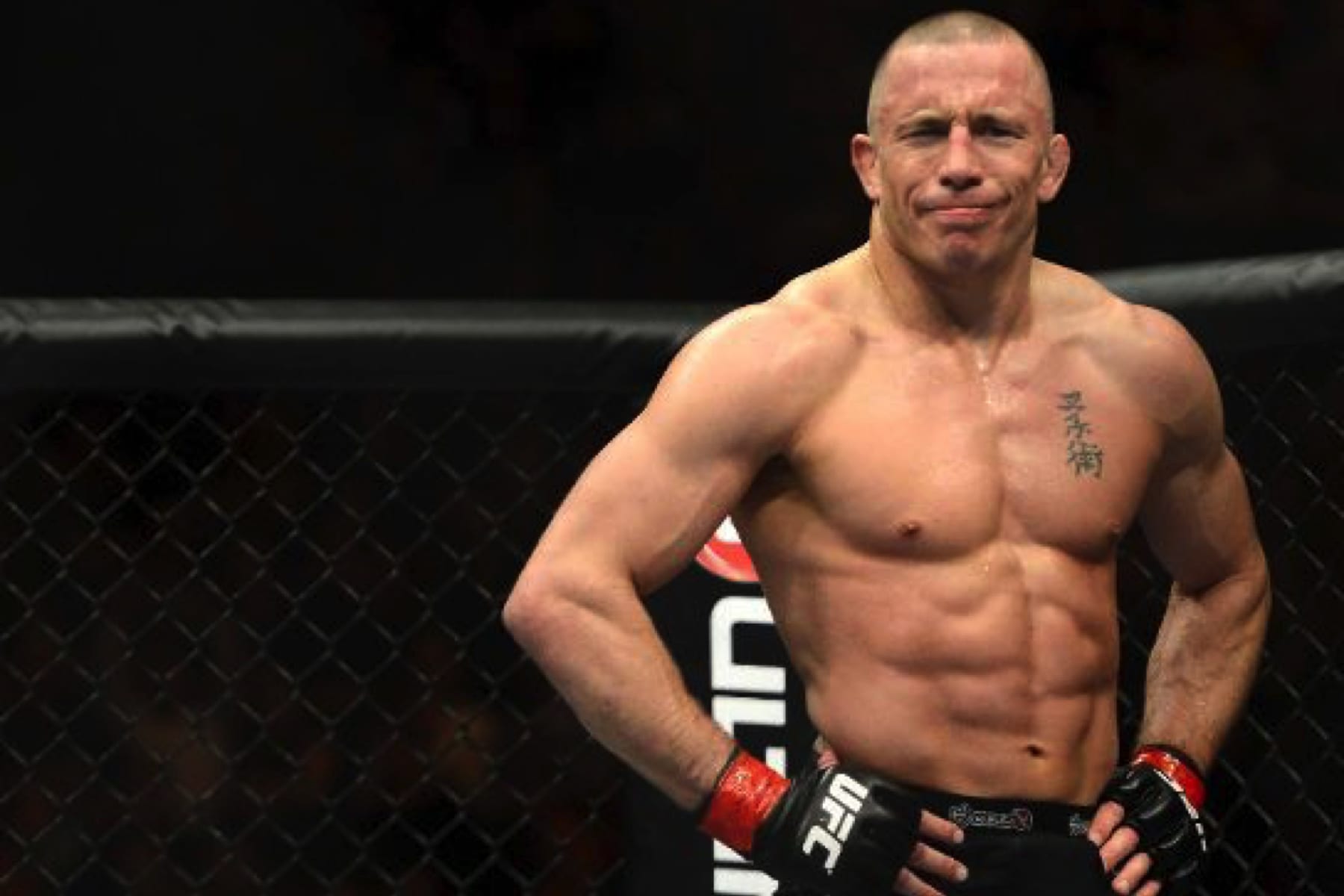 MMA legend Georges St-Pierre acknowledges that current UFC welterweight champion Tyron Woodley is one of the best ever. But pump your brakes on crowning him the greatest of all-time just yet.

Woodley toppled formerly undefeated challenger Darren Till with a dominant second-round submission in the featured bout of September 8’s UFC 228. Till landed only one strike in the fight.

The victory lead to Woodley’s coach Din Thomas awarding him his Brazilian jiu-jitsu black belt for first UFC submission. It also lead to Thomas claiming Woodley was close to attaining welterweight G.O.A.T. status. Not so fast, however, says the consensus current 170-pound G.O.A.T.

Longtime former UFC welterweight champion Georges St-Pierre spoke in an interview with FanSided to give his opinion on the feverishly-discussed debate. St-Pierre gave respect to Woodley for beating Till, but stopped short of crowning him the greatest 170 pounds had ever seen:

“The greatest is hard to say; there is also another guy named Matt Hughes who at one point was one of the greatest,” St-Pierre said. “There are some fighters, I’m not saying Tyron Woodley is one of these guys; he is an incredible fighter, but there are guys in this sport sometimes they become champion and they have an easier time than others in terms of opponent, in terms of challenges.”

St-Pierre defended his title nine times to Woodley’s three and one retention due to a draw.

So Woodley is one of the best ever at welterweight, but his overall body of work still pales in comparison to that of “GSP.” St-Pierre appeared to throw some shade at Woodley’s challenges in the previous quote, yet clarified that by respecting ‘The Chosen One’s’ opponents shortly after.

St-Pierre believes Woodley is in a good spot in terms of legacy because of it:

“Tyron had to go through great fighters like Stephen Thompson and his last performance was outstanding against Darren Till. There was a lot of hype on Darren Till because he was undefeated. Tyron just shut him down incredibly good. Tyron is in a good way in terms of legacy and in terms of being the greatest.”

There is a conceivable way to find out just whom is the best welterweight of all-time, and that’s for them to fight.

However, ‘Rush’ recently discussed why he doesn’t want to fight Woodley right now. He believes he stands little to gain in terms of legacy and popularity, while Woodley stands to gain everything in both. That could be true from a certain point of view.

St-Pierre has been out of action since he won the UFC middleweight title by submitting Michael Bisping in the main event of last November’s UFC 217 from Madison Square Garden. He vacated the title shortly thereafter and has been linked to a new comeback fight. There are whispers he’ll face the winner of October 6’s Khabib Nurmagomeov vs. Conor McGregor lightweight title bout.

Nothing is official, of course, and St-Pierre’s return is beyond up in the air. Just don’t count on it being against Woodley.