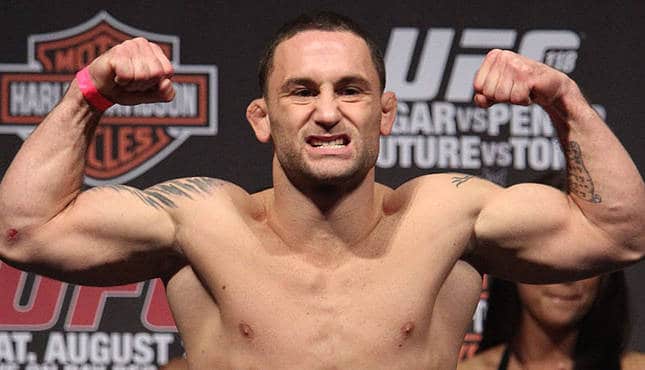 Former UFC lightweight champion and top featherweight contender Frankie Edgar has been unfortunate during the latest snapshot of the UFC 145-pound title picture. Looked over not once, but twice in the race for the shot at the belt, ‘The Answer’ has missed out on an opportunity to first fight Jose Aldo in a rematch at UFC 189, in favor of Conor McGregor, and then also got pipped to the post by Chad Mendes when the promotion needed a replacement for the champ after he was injured in training. McGregor kept the hype train on track, defeating Chad Mendes and claiming the somewhat premature interim title.

He has already said point blank that Dana White owes him the next title shot, but with Aldo vs. McGregor seemingly back on all over again, it looks like the situation isn’t going to get any better for Edgar just yet. There’s also the fact that McGregor is now tied up in a confusing season of TUF (The Ultimate Fighter) with Urijah Faber, likely only stemming from their ‘confrontation’ backstage at the UFC 189 weigh-ins.

Obviously growing a little frustrated, the New Jersey native slugger lays his cards on the table on Twitter:

‘The Answer’ is certainly a victim of circumstance here, and perhaps things would’ve been a little different had he not already fought ‘Scarface’ once already, albeit in a very close five-rounder. The question still remains though; why the heck did the UFC pick Mendes, 1-1 in his last two, over Edgar, who possesses an active four-fight win streak with wins over BJ Penn, Cub Swanson, Charles Oliveira and Urijah Faber?

That question will probably go unanswered, but Edgar has stated he won’t fight again until he has a title shot, so if not Aldo, who is likely out until next year with McGregor’s TUF job and his own injured rib, why not have ‘The Answer’ take on ‘The Notorious’? Not only that, but there really aren’t any other fights for Edgar to take right now. Pretty much everyone aside from the two champions are now coming off of losses, and surely the UFC isn’t going to shelf Edgar for a year just to have Aldo-McGregor happen? I know, I just realized how stupid that sounded.

Cash cow or the next generation of fighter?