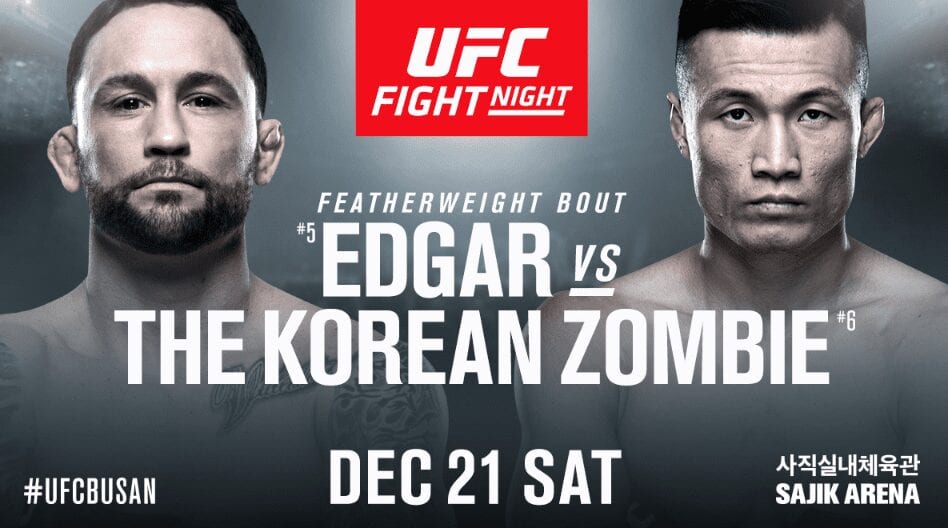 Edgar was set to face Cory Sandhagen in the co-main event of UFC Raleigh next month. However, with the news of Brian Ortega pulling out of his featherweight matchup with the Korean Zombie at UFC Busan on December 21, “The Answer” proved to be the answer and will now be stepping in.

There is no word on how this affects Edgar’s fight with Sandhagen. The New Jersey native will be reassessing things after the fight with Zombie, especially with UFC Raleigh taking place a month later on January 25.

Sandhagen was notably unpleased with the news that Edgar was attempting to slot in for Ortega before it became official.

“It’s not cool of Frankie to do something like that,” Sandhagen told ESPN’s Ariel Helwani. “I don’t know if money got involved or what, but I thought this guy wanted to have another run at a belt and to call himself the best in the world. I thought that’s the kind of fighter Frankie was. It’s what he said he wanted.

“It’s sad that his values got mixed somewhere and now he’s taking a fight that isn’t going to get him within arm’s reach of a title, like the fight against me would. The UFC is trying to do their jobs and save a huge card, which I get, but they’re also losing a shot at an opportunity to turn a young, new face into a star and the Raleigh fans are going to be pretty bummed too.”

For now, the promotion is reportedly seeking a backup for Edgar. Maybe Pedro Munhoz can fill the void?

What do you think of Edgar filling in for Ortega?