LowKickMMA.com
Home Interviews EXCLUSIVE | Kevin Lee Would Only Return To The UFC To Rematch... 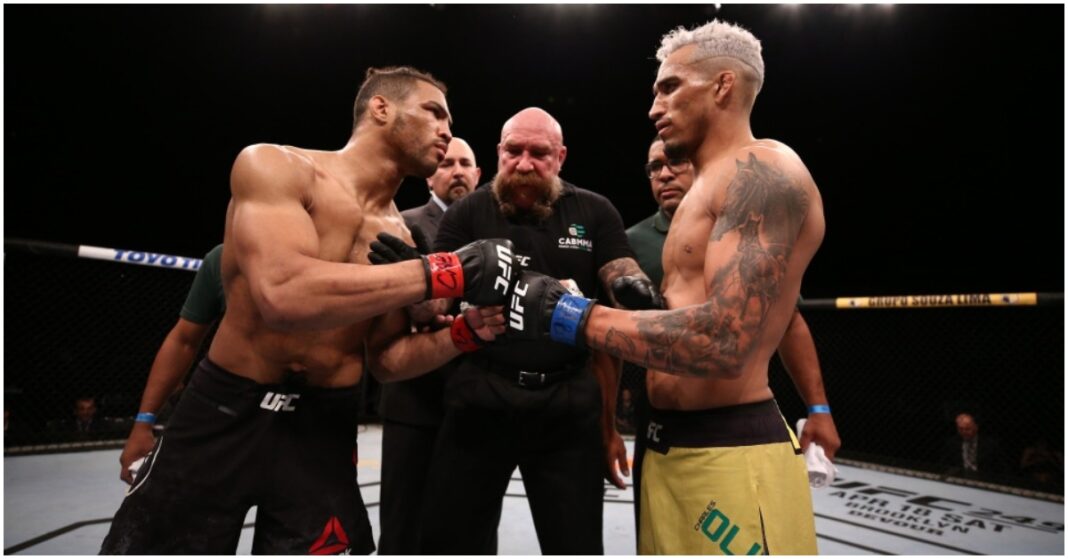 Kevin Lee is not really interested in working his way back to the UFC and would only return to MMA’s premier promotion for another crack at lightweight champion Charles Oliveira.

‘The Motown Phenom’ was recently released by the UFC after losing four of his last five fights. Since then, he’s inked a deal with Khabib Nurmagomedov’s Eagle FC and is expected to make his promotional debut on March 11 in Miami.

At 29 years old most fighters would have their heart set on returning to the UFC and trying to re-establish themselves among the best fighters in the world.

In a recent interview with LowKickMMA, Lee revealed that he has no intention of trying to work his back to the UFC and would only return to the promotion on one condition.

“To be honest, I’m not too excited about going and just being a part of any something like that, you know? The only reason I would go back now is for a rematch with Charles Oliveira. So, if they come back with that, give me the rematch with Charles. Ok, yeah. Otherwise, I’m going to go about my business and wish them the best of luck.”

“It was incredible,” Lee said. “You know, he can fight. I knew he was going to be champion like halfway through our fight. So, yeah, it was incredible. It was a good fight.”

Lee traveled to Brasilia, Brazil to take on Oliveira in March 2020. The lightweight duo headlined what was the last event before the world entered into a COVID-19 induced lockdown. Lee started well but as the fight progressed Oliveira started to take over.

‘Do Bronx’ ultimately scored a third-round submission win in a fight that really was his coming out part. Since then, he has gone on to beat Tony Ferguson, Michael Chandler and Dustin Poirier, capturing and defending the UFC lightweight title in the process.

Do you think Kevin Lee could cause Charles Oliveira issues in a rematch?