LowKickMMA.com
Home Bellator News EXCLUSIVE | Johnny Walker Thinks The UFC Is On ‘Another Level’ To... 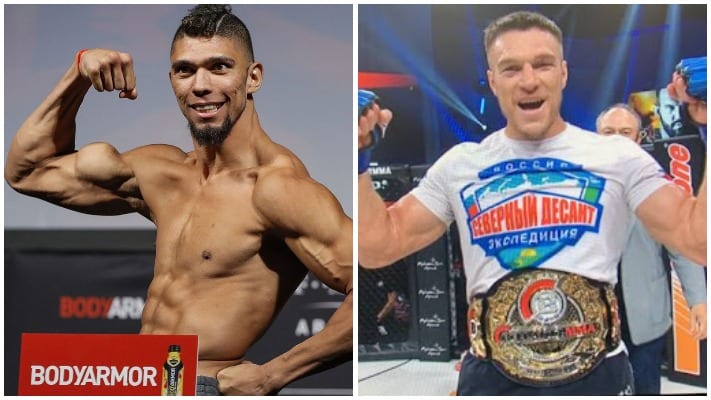 Johnny Walker believes the UFC is on “another level” and cannot be compared to Bellator. The UFC light-heavyweight contender made the comment after the newly crowned 205lb champion in Bellator, Vadim Nemkov seemingly declared himself the best light-heavyweight in MMA after dethroning Ryan Bader at Bellator 244.

“I feel like with all the changes going on in the 205-pound division and the calibre of opponent I just beat (the guy is a two-time champion in two different weight classes), I feel like I’m No. 1 right now,” Nemkov said. “To back up why I’m saying this, I didn’t just go through five rounds of a fight. I finished a top, top contender in decisive manner in two rounds. I feel like I’m No. 1.”

In an exclusive interview with LowKickMMA Walker scoffed at the notion that Vadim Nemkov is the best light-heavyweight in MMA.

“The UFC I’m sure is another level,” Walker said. “The people in the UFC is better performance, in better shape and more ability. (It’s) the biggest event in the world.”

“You have to beat somebody and prove to everybody who is the best. So, you cannot see who is the best if you don’t beat the high-level guys,” Walker concluded.

Walker is set to face Ryan Spann on the undercard of Colby Covington vs. Tyron Woodley on September 19. The Brazilian power-puncher is hoping to snap a two-fight losing streak after falling short against Corey Anderson and Nikita Krylov.

Do you agree with Johnny Walker? Is the UFC on another level compared to Bellator?