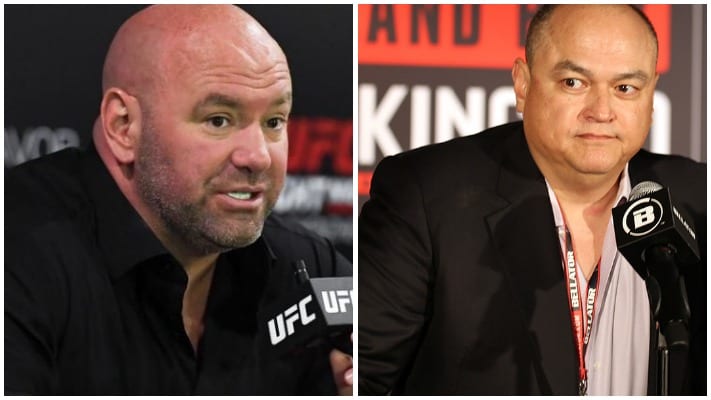 UFC president Dana White has laughed off Scott Coker’s claim that the Bellator light-heavyweight division is the best in MMA.

In the build-up to Bellator 244 Coker claimed his 205lb roster was now the strongest in MMA due to the fact long-time light-heavyweight king Jon Jones has decided to relinquish his UFC belt in pursuit of a career at heavyweight.

“Listen, with Jon Jones moving up to heavyweight, I think we have the best 205-pound weight class on the planet with Bader, Gegard wants to move up, we have (Lyoto) Machida, and we have Corey Anderson now,” Coker said. “We have a bunch of killers in that weight class. To me, we have a great roster of fights for him (Corey Anderson) – and even Phil Davis. I mean, we’ll be able to put some great fights together, and I’m excited about that division.”

“I didn’t (hear his comments),” White said before adding, “Isn’t he cute?”

White understands why Coker would make such comments but doesn’t believe them to be true due to the fact the majority of his 205lb fighters have previously been let go by the UFC.

Do you agree with Dana White? Does the UFC still have the best light-heavyweight division in MMA?