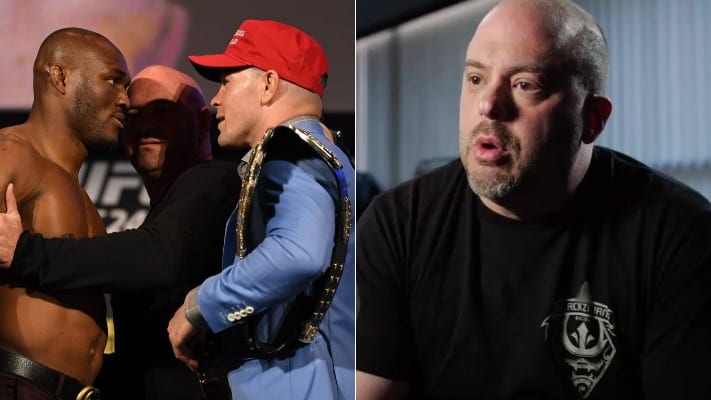 After more than a year’s worth of trash talk, the pair will finally collide in the main event of UFC 245 which takes place on December 14 in Las Vegas. The stylistic matchup notably intrigues many in the combat sports world, especially given how both Usman and Covington have similar styles.

Who will impose their game first? Nobody knows. And that is one reason why Lambert is anticipating the welterweight title showdown:

“I think Usman is a great fighter. The guy’s not the champion for no reason,” Lambert told LowKickMMA’s Jon Fuentes. “He brings a lot to the table, he’s got a certain style that can give a lot of people a lot of trouble. It’s going to be an interesting fight.

“You’ve got two guys who have pretty much dominated every minute of every round of every fight that they’ve ever been in since they’ve been in the UFC, it’s going to be interesting to see how one of those guys holds up when he starts getting on the other end of it and being on the wrong side of the fight.”

Stylistic matchup aside, the trash-talking and animosity between Usman and Covington is another reason why many are excited by the matchup. Covington, in particular, is no stranger to crossing the line.

At the pre-UFC 245 press conference earlier this month, he notably accused Usman of being on EPO. Whether there’s any truth to that or if he’s just trying to get into Usman’s head, Lambert has no particular knowledge about the matter:

“I think EPO was kind of a gray area in the USADA testing. I think a lot of people were surprised – first and foremost Dana White – when they found out fighters weren’t being tested for that all those years. But now it’s being tested for, allegedly, and I haven’t heard of Usman failing any drug tests. So, I don’t know. I don’t know what to make of that.”

Covington didn’t stop there, either. He also took a dig at Usman’s team — the Blackzillians, now known as Hard Knocks 365. Co-founder of the gym Glenn Robinson passed away last year due to a heart attack.

“Chaos” made a comment before that he passed away because Usman was ducking him and he made sure to bring it up again at the presser, tastelessly adding that Robinson would be watching their fight “from hell.”

The Blackzillians and ATT share a rivalry and while Robinson was not someone Lambert was friends with, he’s also not someone he would say bad things about either:

What do you make of the matchup between Usman and Covington? Who are you picking to win?