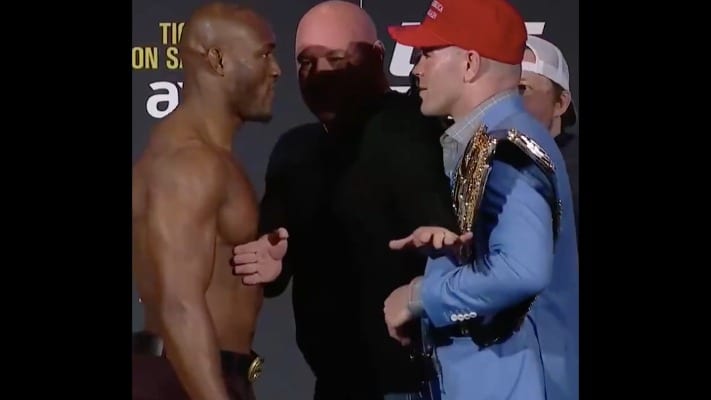 Earlier today (Fri. November 1, 2019) the UFC held its press conference for UFC 245, which takes place next month from the T-Mobile Arena in Las Vegas, Nevada on December 14.

The most intense, by far, was that of Usman and Covington, who genuinely dislike each other. Check it out below.

What do you think about Usman and Covington’s staredown? Who are you picking next month?