LowKickMMA.com
Home UFC News Elon Musk Describes How He Will Beat Vladimir Putin In A Fight:... 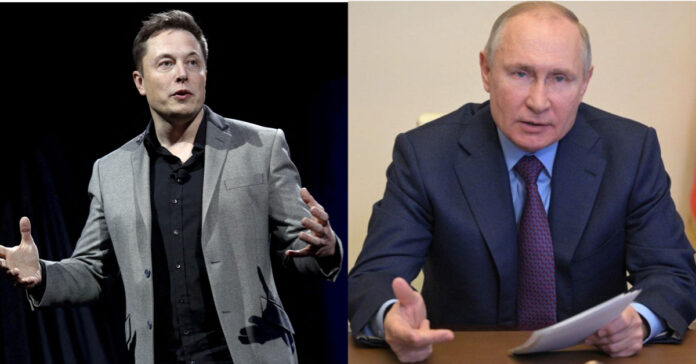 Elon Musk already knows how he will defeat Russian leader Vladimir Putin in an MMA match.

Musk has jokingly sent shots at Putin, asking him to meet inside the cage for a match. Musk is currently also helping the Ukrainian efforts in fending off the Russian invasion. Russia is currently targeting the Ukrainian power grids to wipe out the internet and cause dysfunction around the whole area. Ukraine has since used Musk’s satellites, as they are able to use the Internet without their information being in jeopardy.

Putin is a big MMA fan and loves to be around the athletes as well. He attended Fedor Emelianenko’s last fight, as Bellator held the event in Moscow, Russia, before Russian invaded Ukraine. Putin also met with Conor McGregor back in 2018. The two posed for a picture and shared the company of one another during the 2018 World Cup that was hosted in Russian. McGregor even gifted Putin a bottle of his “Proper No.12” Irish whiskey.

“I challenged him [Putin] to single combat. MMA-style. Listen, it’ll be a pay-per-view. It’ll be an interesting question because he’s good at martial arts and he’s pretty buff. You’ve seen those pictures of him on a horse… I do have a bit of a weight advantage… I think I’m 30% bigger than him. I’m going to use a move called the walrus, where I just lie on you. You can’t get away.” Musk said (Transcribed by Sportskeeda)

Musk is currently one of the richest person in the entire world. He was on the verge of buying Twitter a couple months back, but that deal had ultimately fell through, as there may be some legal dispute around the deal as well.