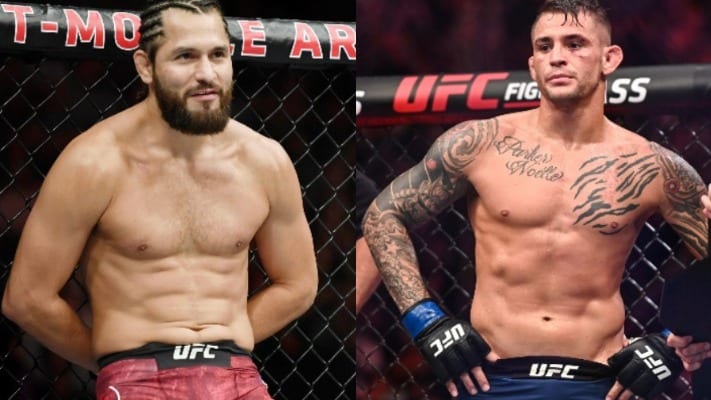 Although he has spoken of his interest in competing at welterweight, Dustin Poirier has no plans on fighting Jorge Masvidal.

Poirier is coming off a submission defeat to Khabib Nurmagomedov in their lightweight title fight at UFC 242 back in September. Having undergone surgery since, “The Diamond” has been planning a comeback.

Naturally, he wanted to face Conor McGregor next. But he also showed an interest in facing Justin Gaethje in a rematch or Tony Ferguson. However, he also teased a move up to 170 for a fight or two if the opponent made sense.

And Masvidal isn’t one of them:

“Nah we ain’t fighting,” Poirier replied to a fan when asked if there was a chance they would fight each other.

This shouldn’t come as a surprise to anyone. While Masvidal is one of the hottest fighters in the promotion today, him and Poirier are teammates at American Top Team (ATT).

Other than that, they are also friends who both seem to be in unison against the antics of fellow ATT member Colby Covington. Now if Poirier was given a chance at facing Covington, things would be a different story.

But for now, it looks like Poirier is remaining at 155 pounds.

Would you have liked to have seen Poirier vs. Masvidal?