LowKickMMA.com
Home UFC News PHOTO | Derrick Lewis Shows The Damage He Did To A Car... 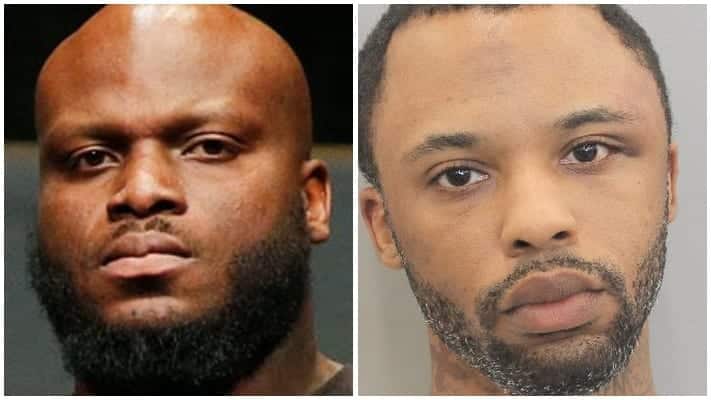 Derrick Lewis will not allow himself to fall victim to petty criminals. He’s also going to make sure everyone knows who you are if you try.

Lewis recently detained a would-be car thief he caught trying to steal his car. According to his account, and corroborated by police reports, Lewis returned to his car post-workout and saw an individual attempting to break into his car using a screwdriver. Lewis jumped into action, punching the individual and then pinning him to the ground until authorities arrived. (H/T BJPenn.com)

“Mr. Lewis says he went over to the suspect, struck him, placed him onto the ground until the police arrived,” said Jodi Silva, a public information officer for the Houston Police Department. “That’s the nicest way to put it.”

The suspect, Quinton Wright, 36, has been charged with criminal mischief for the attempted theft. Wright’s charged with criminal mischief, which can be a misdemeanor or felony, depending on the value of the property damaged. The Houston Police Department hasn’t specified the level of offense. The charge can carry fines and jail depending on the official level for the charge.

Once police released his name and booking photo, Lewis wasted no time sharing the suspect’s identity with the world via his Instagram account. He posted an image highlighting the facial injuries he gave Wright. Lewis ensured that everyone knew the suspect was fine after the encounter. He also shared links to the suspect’s social media account and images of the damage to the vehicle. “Mofo pick right/wrong car to break into,” Lewis wrote. “HE’S OK.”

Coming off of a huge finish of Curtis Blaydes, Lewis is currently preparing for a heavyweight title match against Francis Ngannou later this summer.

Do you think the suspect is regretting trying to steal from Derrick Lewis?