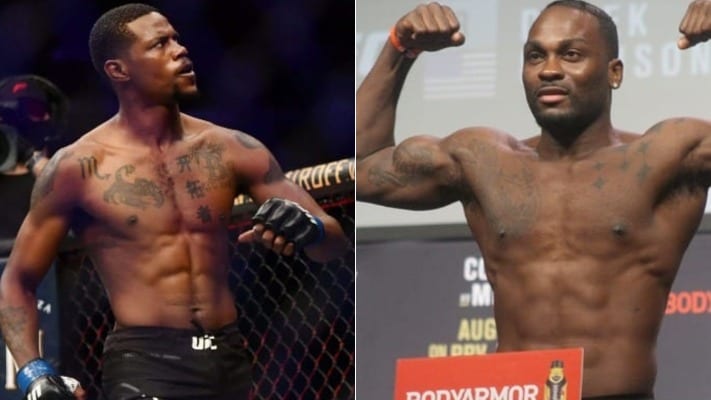 In the UFC Vegas 22 main event we have an exciting middleweight match-up between Derek Brunson and Kevin Holland.

The winner will move one step closer to a shot at the 185lb king Israel Adesanya.

Jordan Ellis: This a true test of Kevin Hollands title credentials. Derek Brunson only gets beat by the best, he’s the gatekeeper at 185lbs. Holland enjoyed a fantastic 2020 and I’m backing him to keep it rolling in 2021. I expect his gas tank to hold up better over this five-round fight. Holland will ultimately get a decision win or late stoppage.

Alex Lough: I’ve gone back and forth on this one probably 50 times, and will do so another 50 times in the hours leading up to the fight. Bad decisions to Kendall Grove and an over-the-hill Anderson Silva aside, Brunson has only lost to the truly elite. Holland has won 8 of 9, but his best wins in that stretch are against a short-notice Buckley and a fluky (but still awesome) knockout over Jacare. I think people also forget that Holland has had some wonky judging work in his favor, as media scorecards overwhelmingly had him losing the Meerschaert and Di Chirico fights. Brunson is someone who relies on his quick-twitch athleticism a lot, and at 37, it seems like a matter of time before that bottom falls out. However, it hasn’t yet, and as we saw with his last fight, Brunson and his team do well at game planning against hot up-and-comers. If this fight makes it to the later rounds, look for Brunson to take over and maybe even get a late stoppage.

Frank Bonada: It’s a tough fight for Holland, there’s no doubt in that. In the past, he has struggled against aggressive wrestlers. And yet I can’t help but pick him. The fight against Jacare is no doubt a one in a million finish, but it shows the unique creativity that set’s the ‘Trailblazer’ apart. It is very likely that Brunson will take him down at some point in the fight. However, Brunson does also love to let his hands fly. And you have to favour Kevin Holland in the striking exchanges, 9 times out of 10. I do worry for Holland’s stamina, should the fight go past the 3rd round though. So I’m gonna predict Holland to get the KO finish in the second round, almost against my better judgement.

Ryan MacCarthy: My initial concern is that Holland is the betting favorite going into this. I thought Brunson would be favored going in. But Holland’s unprecedented 2020 has set himself up for some big fights and expectations. I think Holland will get the finish, maybe after the third round. I see Brunson getting tired and start getting desperate, and then, when things open up, Holland is going to catch him. Holland by TKO in the 3rd.

Ty Rosson: Nobody is more on fire than Kevin Holland right now. Five straight wins in one calendar year is something to behold. Derek Brunson has seen it all in his UFC career, winning a total of twelve so far and is never an easy out. I do think he is limited in what he can do inside the cage and Holland is the complete opposite. The trash talk will be flowing from Holland, so make sure you have your volume up for the main event. I’m taking Kevin Holland via unanimous decision.