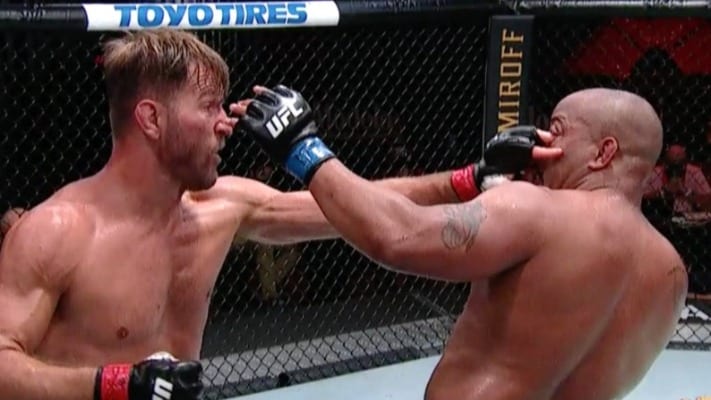 Daniel Cormier suffered a torn cornea in his left eye during his UFC 252 fight with Stipe Miocic.

Cormier was outpointed by Miocic in their heavyweight title trilogy match in the UFC 252 headliner last night.

And as per ESPN’s Ariel Helwani, it turned out to be a torn cornea as Cormier was discharged from the hospital on Saturday night.

There is no need for surgery at the moment, however, there is no timetable for recovery yet either.

“”Daniel Cormier suffered a torn cornea last night, Cormier told me this morning. No timetable yet for recovery. Doctors said he won’t need surgery just yet but they have to monitor how it heals before knowing for sure. He was discharged from the hospital late Saturday night.”

Hopefully, it is nothing too serious and Cormier has a quick and speedy recovery.

What did you make of the eye poke during the trilogy fight?