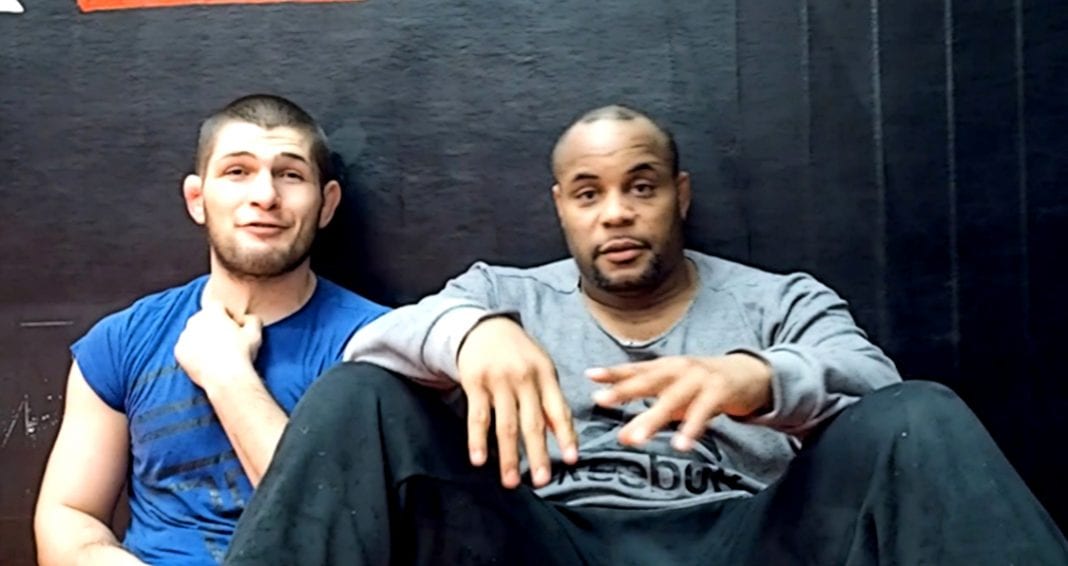 Former dual-weight UFC champion Daniel Cormier has sent a loving message to his friend Khabib Nurmagomedov after the death of his father Abdulmanap Nurmagomedov.

Nurmagomedov Sr. had been battling health issues that stemmed from contracting the coronavirus back in April. The 57-year-old suffered a heart attack that required surgery and eventually forced him into a medically induced coma. Nurmagomedov Sr. awoke from the coma and was able to recognize his son but was unable to speak. Despite showing signs of progress it was announced on Friday, July 3 the renowned coach had sadly passed away.

The MMA community united to send their condolences to the Nurmagomedov family during this difficult time. Cormier who training with the UFC lightweight champion at AKA sent a particularly poignant message to his friend and teammate, he wrote.

“My brother Khabib, I am praying for you and your family. Your father leaves such a tremendous legacy behind. Every time I was around him, I could see how proud he was of you. You showed him some amazing things, my brother. He trained you to be a fighter and you got there. I love you, my brother. Hug your mom, hug your wife and children and know you have a ton of support around the world during this tough time. Everyone else, please swipe right. This video shows who Abdulmanap was, as he wrestled one of my youth wrestlers before UFC 187. He would wrestle anyone, big or small. It’s a memory I’ll never forget. Rest In Peace, Abdulmanap. One day we will all meet again.”

Cormier is set to face Stipe Miocic for the third time on August 15 at UFC 252 in Las Vegas. The two heavyweight fighters both have one win each from the first two bouts. Cormier has announced he will officially retire from MMA win, lose or draw next month.

Everyone at LowKickMMA joins Daniel Cormier in sending our condolences to Khabib Nurmagomedov and family at this difficult time.