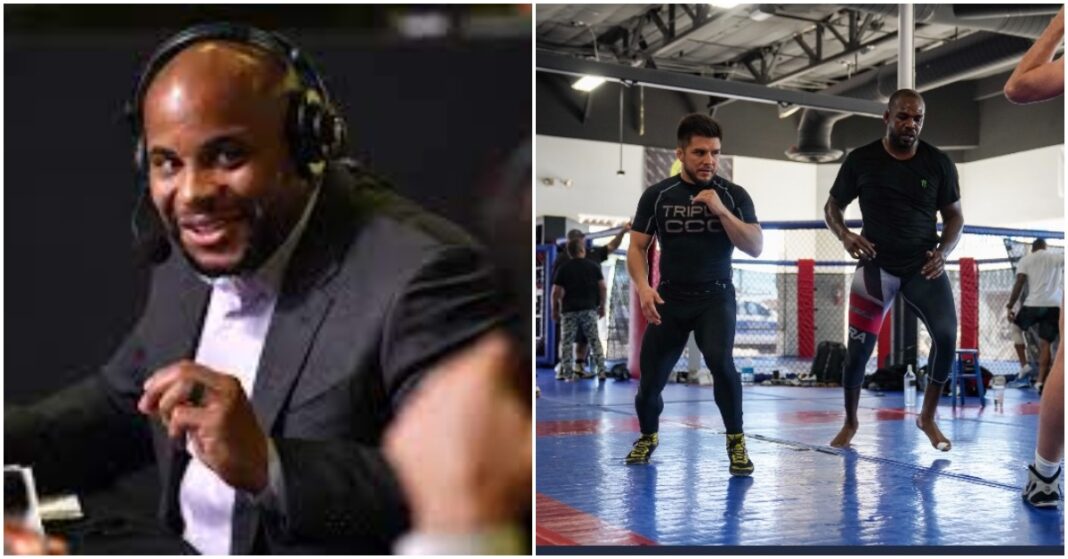 ‘DC’ and Jones have had beef dating back to their first fight in 2015, where Jones left victorious. The two share one of the biggest rivalry in MMA history. Cormier took to Instagram to share his thoughts on Cejudo training with Jones.

Cormier simply said “F*ck Henry Cejudo” and directed it towards Cejudo and his manager Ali Abdelaziz by tagging the two in the post.

Cejudo has also been training with former champions Zhang Weili and Deiveson Figueiredo for both of their rematch fights. Weili ultimately lost her rematch against ‘Thug’ Rose Namajunas, but Figueiredo has his much anticipated rubber match against Brandon Moreno. Moreno and Figueiredo face off in their third fight at UFC 270 in Jan.

In the tweet, Jones said “Why are you such a hater, you don’t even fight no more!? Man that bitterness is real I tell ya,” (Transcribed by Sportskeeda). Jones has been in some hot water recently with the law again. He had a domestic dispute with his fiance that ended up getting him arrested in Las Vegas at the end of Sept.

The dispute with his fiancee and the arrest, ended up getting Jones banned from his gym, Jackson-Wink MMA. Since then, he has joined Greg Jackson’ MMA Tacoma gym. Jones is looking forward to getting back inside the octagon next year. He is looking to make a run at the Heavyweight strap this time around.

Jones also shared pictures of himself training at his new gym on Twitter where he said he felt like a rookie.

A new gym may be the change that Jones needs in his life. A change of scenery can do great things for some people, and Jones is looking to make a push to get back in the octagon soon.

Do you think Jon Jones will end up fighting for the heavyweight title in 2022?