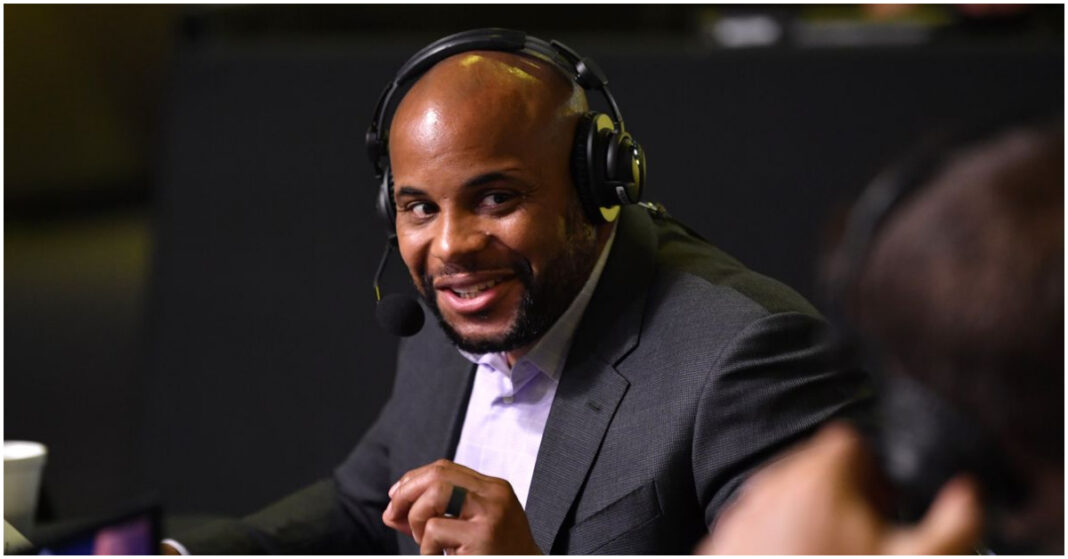 With Francis Ngannou on the shelf and his future status with the UFC still up in the air, ESPN MMA analyst Daniel Cormier says he would like to see the division keep moving.

Ngannou suffered a torn MCL and damage to his ACL during camp as he was preparing for his UFC 270 title unification bout with Ciryl Gane. Ngannou won the fight despite battling the injury but will now undergo surgery and is expected to be sidelined for at least nine months.

On a recent episode of The DC and RC show, Cormier suggested one direction the UFC could go in while the champion rehabs his injured knee. The former two-division title holder said that he believes we may see yet another interim title fight, this time between Jon Jones and Stipe Miocic.

“For me, what makes sense for that interim title is Stipe Miocic and Jon Jones,” Cormier said. “I think you put those two together and then no matter who wins, when Francis comes back, you have a massive fight waiting for you.” (transcribed by MMAJunkie)

Cormier explained why a fight between the two legends is a dream heavyweight matchup for the UFC. He said that first and foremost, Miocic deserves to have more respect put on his name and if an interim title was involved it would be laughable not to include him.

Widely regarded as the greatest of all time in the division, Miocic hasn’t fought since being viciously knocked out by Ngannou at UFC 260 last March.

On the other side of this projected dream bout is the former light-heavyweight champion and the man who is widely regarded as the greatest martial artist to ever fight in the octagon, Jon ‘Bones’ Jones.

A long time rival of Cormier’s, Jones has been teasing a debut at heavyweight for over a year now. Issues away from the sport have caused some delays but Cormier believes that Jones is such a draw that he should forego any tune-up fight and immediately fight for a title in some capacity.

“You don’t want him just fighting,” Cormier said. “I used to think that, Oh, put him against Curtis Blaydes or somebody else. No, you put him in a fight where if he wins, the end visual is the belt getting strapped on him, even if it’s an interim title because then it just elevates the next fight.”

Cormier finished by saying that while this was something he hoped to see happen, he believed that with the landscape at heavyweight looking like it does, this fight as well as a contest between Curtis Blaydes and Ciryl Gane could very well be on the horizon.

Do you agree with Daniel Cormier? Should Jon Jones fight Stipe Miocic for the interim heavyweight title?