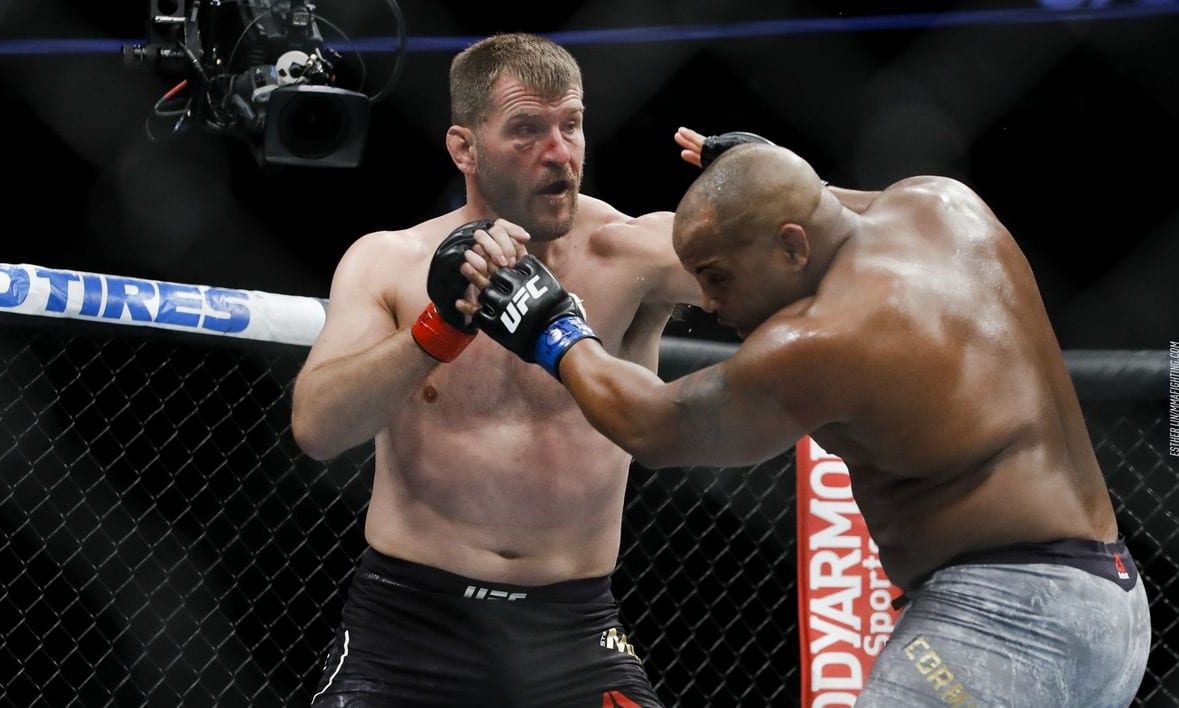 Daniel Cormier and Stipe Miocic will run things back in the main event of UFC 241 on August 17.

Ever since Cormier knocked out Miocic in the first round at UFC 226, the former heavyweight champion has been wanting the rematch. Yet, all signs pointed to a Brock Lesnar fight before “DC” would retire. However, Lesnar stayed in WWE, which paved the way for the rematch. Although it is not the fight Cormier wanted, the heavyweight champ is confident he beats Miocic yet again:

Miocic then got asked what he thinks about those comments and responded.

“I don’t know,” Miocic said. “Listening (to Cormier) right there, I’m not good enough. A good fighter, but not to his level.”

He then gave a real answer where he is confident he will right the wrongs of the last fight.

“We’ll definitely see August 17,” he said. “Trust me, a lot has changed. I’ve got my mind right. I’m walking out with the belt wrapped around my waist, no question.”

Whether or not Stipe Miocic will be able to right the wrong is to be seen. But, it is no doubt the biggest fight at heavyweight and a fight that many are interested in seeing.