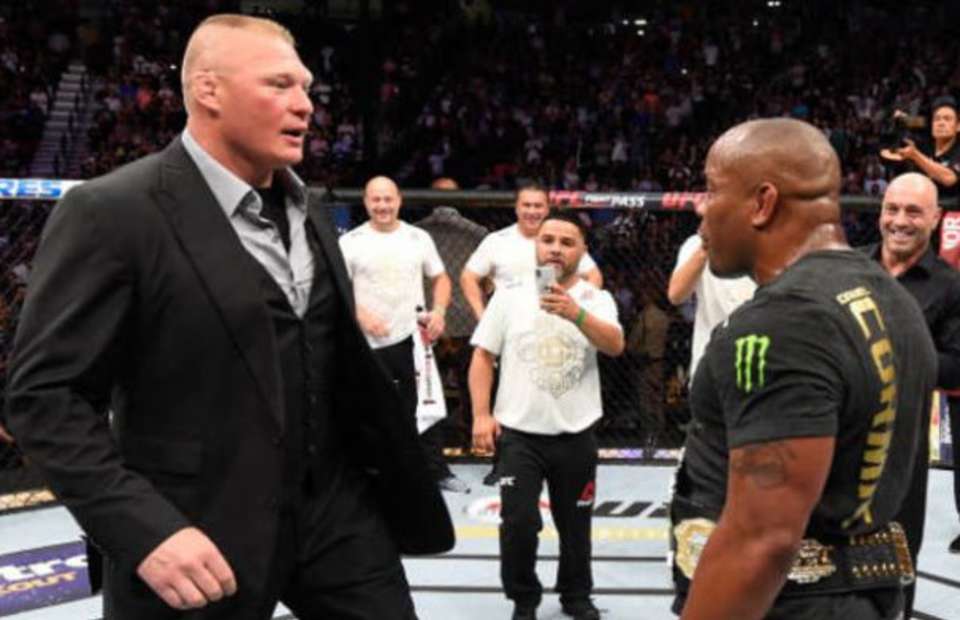 UFC heavyweight champion Daniel Cormier admits he was disappointed when he found out he would no longer be facing Brock Lesnar.

Cormier was slated to defend his title against Lesnar in a lucrative super fight that was expected to happen earlier this year. In the end, it never came to fruition with Lesnar retiring from mixed martial arts (MMA) and returning to WWE programming.

UFC president Dana White has since confirmed multiple times that Lesnar is done with MMA and even believes the WWE superstar made the right decision. And Cormier believes it just shows that things don’t always work out the way one expects them to:

“But you know, you can only really worry about things that you can control. I can’t control that he doesn’t want to fight anymore. He’s done. I know the UFC and Brock tried to make this happen. It just didn’t. I appreciate all parties involved trying to get it done. It just didn’t work, man. Things don’t always go as you wish they do.”

In the end, it was apparent the WWE offered Lesnar a very lucrative deal and hardly anyone can blame him for accepting it. That includes Cormier:

“I just think the WWE gave him such a great deal, they really always take care of this guy,” Cormier added. “Ultimately, you get paid that much money to go and wrestle as opposed to fighting me? There’s no predetermined outcome there. I’m gonna try to kick your a**. So, I think he made the smart decision.”

Cormier, meanwhile, will defend his title against former champion Stipe Miocic in the main event of UFC 241. That event takes place in Anaheim, California, on August 17.