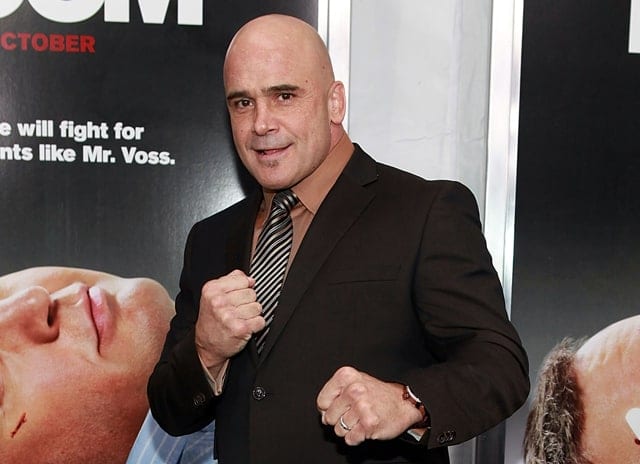 Tonight may be all about the blockbuster UFC 187 pay-per-view, but UFC President Dana White stopped by last night’s Inside MMA to continue hyping July’s perhaps even more ballyhooed UFC 189, which features the anticipated grudge match between Jose Aldo and Conor McGregor.

The scintillating card will take place during International Fight Week in Las Vegas, and this year will showcase more impactful changes for the promotion than ever before. The UFC’s controversial uniform sponsorship deal with Reebok will go into effect during that week and the all-new UFC Hall of Fame will also debut as well.

So it’s no surprise that White was building up the historical event on the show, but he did unveil one surprise about International Fight Week. Speaking to show co-host and MMA legend Bas Rutten, White revealed the news that ‘El Guapo’ would be inducted in the Hall of Fame that week:

White filled the uninformed Rutten in that he would have to be headed to Vegas that week for a much-deserve honor:

“International Fight Week is coming up in July; the big Conor McGregor Jose Aldo fight is that weekend, and you’re being inducted in the UFC Hall of Fame. It’s a pleasure. So whatever plans you had in July; change ‘em. You’re coming to Vegas.”

Rutten, a MMA pioneer who started fighting in 1993 and found most of his success in Pancrase, is a deserving competitor who ended his career on a 22-fight unbeaten streak spanning from 1995 to 2006. ‘El Guapo’ also famously fought an absurd nine times in 1995.

The unique personality was well known for his devastating liver kicks and varied submissions, and his rivalries with both Ken and Frank Shamrock were the stuff of legends. Two of Rutten’s four total losses came to a prime version of UFC pioneer Ken, who submitted Rutten with both a kneebar and a rear-naked choke in Pancrase. Rutten also dropped a majority decision to Frank in between his two fights with Ken, but he avenged it with both a split decision and TKO win over the former UFC light heavyweight champ.

Aside from that, Rutten largely dominated any and all competition that he faced; running through his opponents with 25 finishes in 28 wins. He earned the King of Pancrase title and later the UFC heavyweight championship by defeating Kevin Randleman via split decision at UFC 20.

‘El Guapo’ was and is a legend of the sport, and although he may have taken a backseat to today’s more prominent MMA names, there’s no doubt that he earned his UFC Hall of Fame induction with flying colors.