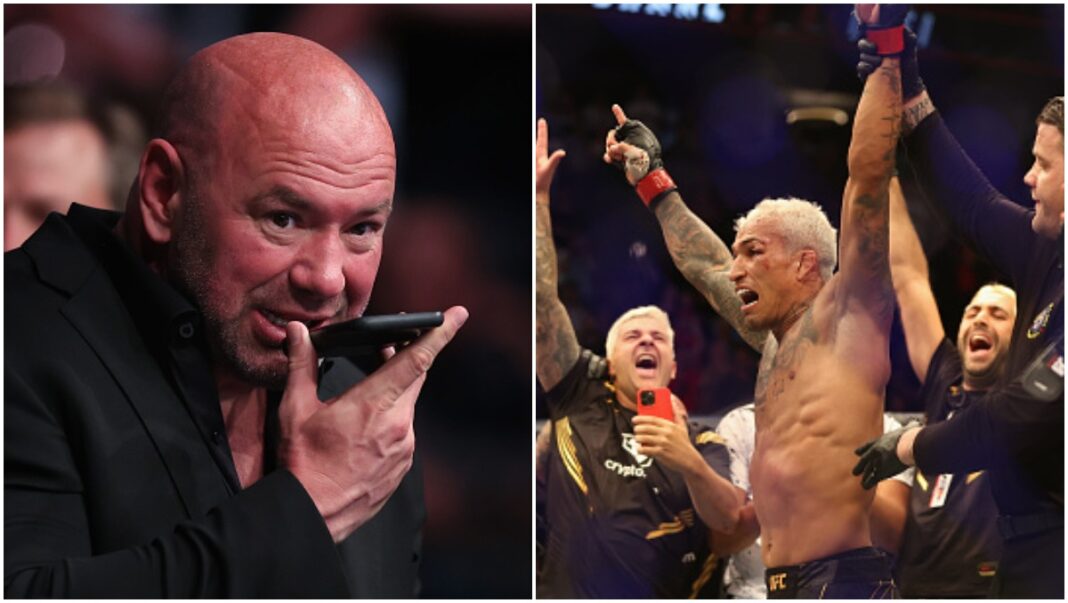 UFC 274 was a night of electric insanity. The contagious spark of the great fights traveled throughout fans and reverberated globally, worldwide. But, for Dana White, this event could have been much better for him and the UFC.

Preceding the night of fights were the weigh-ins, of course. However, things were going to be different this time around in an extremely historical way, as apparently the scales were 0.5lbs off, causing UFC lightweight champion Charles Oliveira to miss weight by a half-pound.

This resulted in him being stripped of his belt, which meant that at UFC 274, if he won (as he did), he would not retain his title or even gain it back. Instead, he would now just be the number one contender. As you can imagine, for Dana White and the UFC, this was the last thing they could’ve wanted.

Speaking at the post-fight press conference, White opened up about the situation and disclosed how hard it is to remain perfect while operating a beastly machine such as the UFC.

“It’s a nightmare,” He stated (as transcribed by SCMP). “We have this issue where guys come out and will start checking the scale the night before, and all the Europeans and guys from other parts of the world do kilos, so they all start f****** with the scale.”

“There are so many moving parts to this beast of a machine we run every week,” White continued. “We’ve got to have a security guard with the scale now.”

Dana White would later share his thoughts about the main event, stating that Charles Oliveira proved “That he’s the best (lightweight), he really is.”

Charles Oliveira improved to 33-8 last night, with his submission victory of Justin Gaethje being the 22nd UFC victory and the 16th via submission for ‘do Bronx’.

Who do you want to see Charles Oliveira fight for the vacant lightweight title, and what are your thoughts on Dana White’s comments about security for the weigh-in scales?