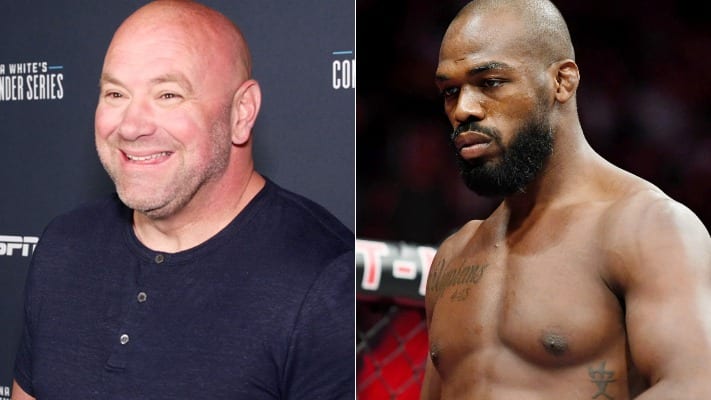 Jon Jones and Stipe Miocic are pretty much in limbo when it comes to the heavyweight division.

Of course, Jones was the one expected to face Ngannou initially while Miocic recently expressed his frustration at not getting an immediate rematch with Ngannou after losing his title to him back in March.

So where do both of them stand in the division? With Jones, White is not even going to bother until 2022.

As for Miocic? White simply doesn’t know what’s next for him. But that also means plenty of exciting things for the heavyweight division in the near future.

“I don’t know,” White said when asked about what’s next for Miocic. “The beautiful thing about this division right now is we had this fight tonight. Now Francis versus Ciryl, you’ve got Jon Jones out there in 2022 and you got Stipe out there still, too.

“That means there’s a lot of fun coming up over the next year, year and a half.”

Are you excited for the future of the heavyweight divison?