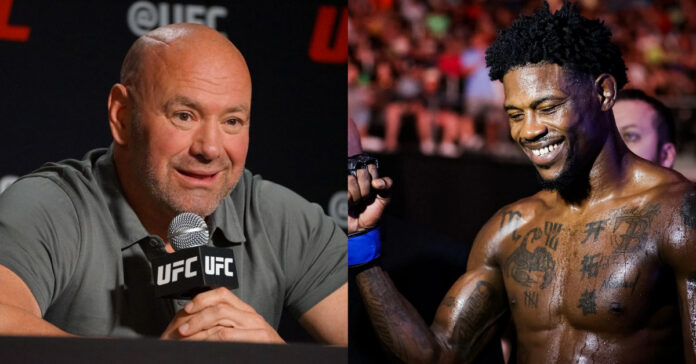 Dana White shared his thoughts on the sudden retirement of Kevin Holland.

Holland took on top-ranked welterweight contender Khamzat Chimaev in a catchweight bout at UFC 279. Chimaev put in another dominant performance, completely shutting down Holland on his way to a first-round finish without absorbing a single significant strike for the fourth time under the UFC banner.

Following the tough loss, Holland unexpectedly announced that he would be stepping away from competition.

At the post-fight press conference for past Tuesday’s Dana White’s Contender Series, UFC president White gave his take on the abrupt end to Holland’s career.

“We talked about that. Obviously, you know I’m really close to this kid, and I like him a lot,” White said (ht MMA News). “I think when you are competing in a sport like this and you’ve done the things that Kevin Holland has done, you know — he gets out of the fight with Brunson and realizes he needs to work on his wrestling more, so he dives in, starts working on his wrestling, and I think when what happened to him happens to you, I don’t know, I think you lay in bed at night and go, ‘Holy shit, how did that happen to me.’”

White thinks emotions got the better of Holland

According to White, emotions might have gotten the better of Holland. He shares a close bond with ‘Trailblazer’ and believes it’s too early for him to hang up his gloves.