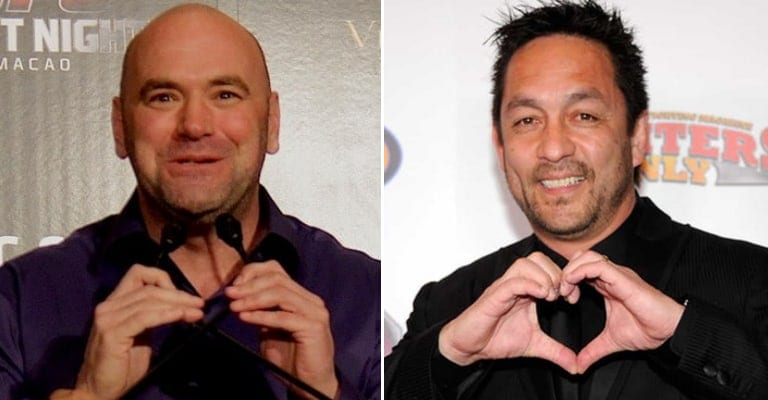 The win gave ‘Bullet’ the emphatic statement victory she needed to solidify a 125-pound title shot, a division in which she’s become talked about as essentially the uncrowned champion. She was crisp, precise, and bulldozing with her striking early, and showed a ground game to match when she took Cachoeira down at will and battered her with an endless outpouring of hugely  damaging punches and elbows before mercifully ending the bout with a second-round choke.

Cachoeira’s toughness was to be admired, yet after the fight, longtime referee Mario Yamasaki was highly criticized by many who believed that she had absorbed far too many unanswered strikes while not defending herself, and appeared to tap out at least once before having to do it again to get Yamasaki to stop the bout.

Perhaps the most prominent name to do so was UFC president Dana White, who absolutely called Yamasaki out on Instagram after UFC Belem, noting that he has come under intense scrutiny for this exact sort of thing several times before and failed to stop a fight where one of his fighters was outlanded by a gross 230-3 margin:

White put all of his cards on the table regarding Yamasaki, and while he may be rough around the edges concerning many topics of discussion, it’s hard to argue with the UFC’s front man here.

Fighters’ safety is legitimately being put in danger when Yamasaki is refereeing their bouts, as Cachoeira was simply being battered without end even if her fighting spirit would not let her give up. She was in the crucifix eating punches while unable to move or defend herself, and it’s just one of the simplest tenets of mixed martial arts that if a fighter is in that spot, the referee should stop the bout.

Yamasaki did not yet again, however, and it’s no surprise to see White and many others call him out for it.

Let’s hope athletic commissions take heed and decide to stop putting fighters’ health and careers in peril just to have Yamasaki errantly officiate another event on their watch.