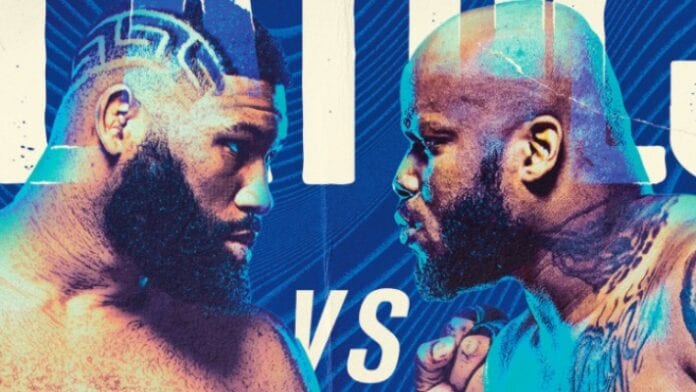 After their initial clash was canceled due to a positive COVID-19 test for Curtis Blaydes, the two heavyweight contenders appear to have been rescheduled. Initially being reported by ESPN’s Ariel Helwani, MMA Junkie have since confirmed with a source close to the fight.

Either fighter has the chance to force themselves into title contention, should they come away with a dominant victory. Though it is notable that Jon Jones’ decision to enter the heavyweight division may create yet another obstacle for the contenders to get past. Curtis Blaydes is currently riding a 4 fight win streak. He has torn through some of the heavyweight elite, having dispatched both former champion JDS and kickboxing standout Alexander Volkov, in 2020 alone. Were it not for the brutal knockout power of Francis Ngannou, Blaydes would undoubtedly have had a title shot already.

Alternatively Lewis had his chance to go for gold, and was subsequently dominated by Daniel Cormier. A TKO loss to JDS soon followed. However since then, ‘The Black Beast’ has rallied, and is currently on a 3 fight win streak. Whilst his decision wins against Ivanov and Latifi were debatably controversial, Lewis’ most recent outing truly displayed his raw power and dominance. He faced long-time heavyweight contender Aleksei Oleinik at UFC Fight Night 174. Despite Oleinik’s high level submission threat, Lewis out grappled him for much of the first round. In the second, he displayed the brutality that initially saw him rise to the top of the division. A vicious flying knee, into a devastating right hand, was the beginning of the end for Oleinik. Following the victory, Lewis decisively called out Blaydes.

However the matchup will be no walk in the park for the Black Beast. The combination for Curtis Blaydes’ wrestling and knockout power represent one of the biggest threats that Lewis will have faced in the octagon.

Lewis’ former opponent, Oleinik will also feature on this card against Chris Daukus. Matt Brown and Carlos Condit will also finally face off in a long awaited matchup. Other notable names involved include Drakkar Klose, Jai Herbert, Charles Rosa and Darrick Minner. The latest line-up for the event is as follows:

Who do you think will come out on top in this heavyweight clash?