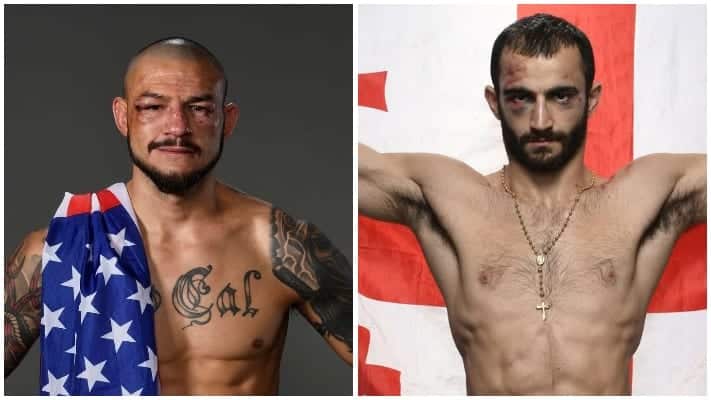 UFC featherweight prospect Giga Chikadze will face the toughest test on his career when he takes on 145lb veteran Cub Swanson on May 1.

Swanson was originally supposed to fight Gavin Tucker on this same card but Tucker is now matched up against Dan Ige.

In October, Chikadze picked up another decision win when he fought Omar Morales on the undercard of Marlon Moraes vs. Cory Sandhagen.

One month later the kickboxing sensation got his first UFC finish against promotional newcomer Jamey Simmons. Chikadze landed a flush head kick before following up with ground strikes to stop his opponent.

Swanson may be on the tail end of his career at 37-years-old but the featherweight legend is not done yet. Last time out be scored an impressive stoppage win over Daniel Pineda at UFC 256. Before that he beat Kron Gracie over three rounds to stop his four-fight losing skid.

‘Killer’ has fought pretty much every featherweight you can think of. He holds several high profile wins over the likes of Ross Pearson, Charles Oliveira, Dustin Poirier, Dennis Siver, Jeremy Stephens and Artem Lobov.

Who do you think will win when Cub Swanson & Giga Chikadze square off on May 1?